These days, Leh-Ladakh is very much in the news and in the media, due to recently the clash between Indian and Chinese army at Galwan region at 14000 ft height of Ladakh ,has drawn the attention of World community. Let me pen down the beautiful region of Leh-Ladhak as I had an opportunity to visit the area at least 15 times when I used to conduct residential Seminars for the corporate &amp; Govt Officials Leh is the joint capital and largest town of the union territory of Ladakh in India. Leh, located in the Leh district, was also the historical capital of the Himalayan Kingdom of Ladakh, the seat of which was in the Leh Palace the former residence of the royal family of Ladakh, built in the same style and about the same time as the Potala Palace in Tibet. Leh is at an altitude of 3,524 metres (11,562 ft),. The total area of leh-ladakh is 59,146 Squire Kilometer. 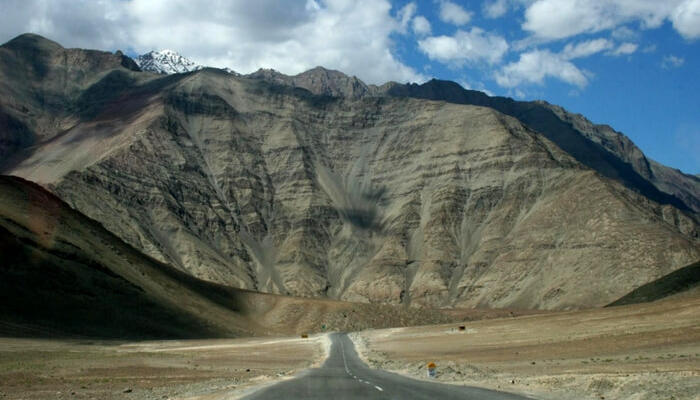 How to reach Leh ?
The distance between Delhi to Leh is 1023 KM by road and by flight is 617 Km. There are nos of flight from Delhi. to Leh. The nearest railway station is Jammu Tavi from there one has to take either Bus or Car, which passes through Sri Nagar to Kargil to Leh. and is also connected via NH1 to Sri Nagar in the southwest and to Manali  in the south via the Via Leh Manali Highway. First of all let me tell you the best time to visit Leh-Ladhak which is recommended from April to May, but my experience says it is from April to October. The month of August to September is most ideal as during that period all the tree remains in full blossom, due to that the flow of Oxygen is more, which helps in breathing, as we know at that altitude of 10,000 ft the air becomes thin and due to lack of Oxygen in the air breathing becomes bit difficult. It is advised that after reaching Leh one should take 15-20 hrs complete rest so as to acclimatise with the climate. One should not run there, and only ideal slow walking is recommended. Sometimes few visitors face headache/sickness, so it is advised to carry medicine like Acetazolamide, or Diamox, Places to Visit in Leh-Ladakh. Although the entire region is worth seeing, from plain to high altitude area, but some places in Leh-Ladakh is worth seeing which is as such 1. Royal Leh Palace –Royal Leh Palace is a former royal palace overlooking the town of Leh, Ladakh, in the Indian Himalayas. The palace was constructed circa 1600 by Sengge Namgyal. The palace was abandoned when Dogra forces took control of Ladakh in the mid-19th century and forced the royal family to move to Stok Palace
. 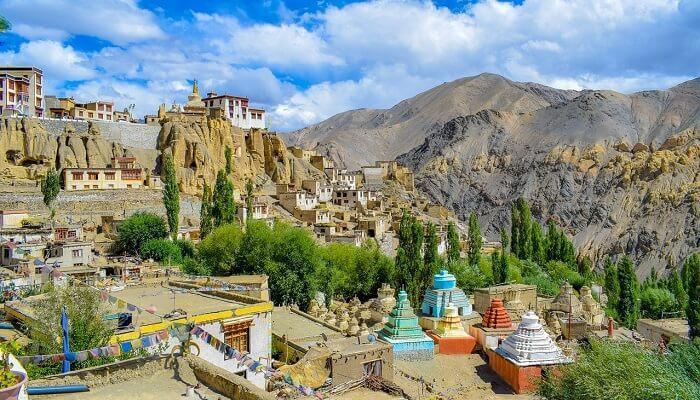 2. Magnetic Hill –Located at a distance of 30 km from Leh city on the Leh-Kargil Highway is a small stretch of road that defies the phenomenon of gravity. The reason is the magnetic hill that pulls stationary vehicles upwards.

3. Zanskar Valley – Zanskar or Zahar or Zangskar is a subdistrict or tehsil of the Kargil district, which lies in the Indian union territory of Ladakh. The administrative centre is Padum. Zanskar, together with the neighbouring region of Ladakh, was briefly a part of the kingdom of Guge in Western Tibet.

4. Pangong Tso Lake Pangong Tso or Pangong Lake is an endorheic lake in the Himalayas situated at an elevation of 4,225 m. It is 134 km long and extends from India to the Tibetan Autonomous Region, China. Approximately 60% of the length of the lake lies within the Tibetan Autonomous Region. The lake is 5 km wide at its broadest point. Recently it was in news due to Chinese army advancing towards finger 8 to 5. We are sure as per new negotiations between Indian army &amp; Chinese army, they will retreat back to finger 8 position as upto that it was there territory. 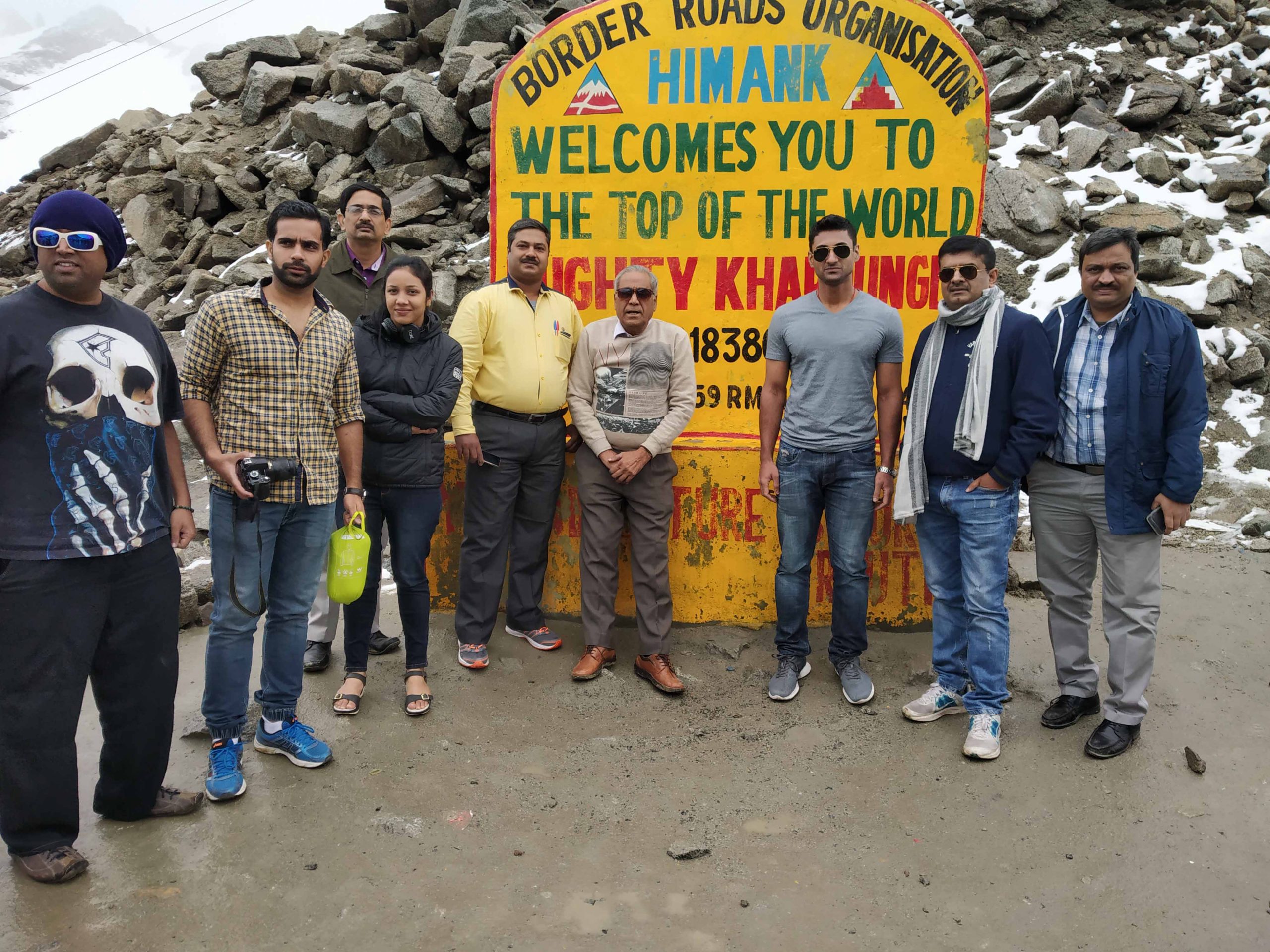 5. Hall Of Fame- Hall of fame is located near the Leh Airfiled. This museum is built in memory of the soldiers who had lost their lives through the Indo-Pak wars. The building comprises of 2 floors and in the ground floor there is information about the courageous soldiers. There is a light and Sound show worth seeing.

6. Khardung-la Pass– Famously known as the gateway to the Nubra and Shyok Valleys in the Ladakh region. It is the highest motor able pass in the world. It is filled with tourist’s crossing over from Leh and stopping long enough to click some photographs. Adventure bikers from all parts of our country and across the world visit this mountain pass on their motorcycles for an adventure soaked experience. Khardung La Pass is positioned on the Ladakh range, which is 40 km from Leh, at an altitude of 18,379 ft (5602 m).Recently BRO made a new road in ladhak region which is Umling La Top at a height of over 19,300 feet, which is the highest road in the World.

7. Monasteries in Ladakh– There are more than 15 Monasteries in the region, the oldest and the most important are Hemis &amp; Thiksey . Monasteries are much more than religious centres. Located in heaven that Ladakh is, these famous monasteries are purifying havens where one can find inner peace. Include them in the itinerary as you plan a trip to Leh Ladakh to enjoy the splendid and spectacular topographical medley comprising snow-capped mountains, sprawling cold deserts, sparkling lakes, surreal glaciers, and serene mountain passes. 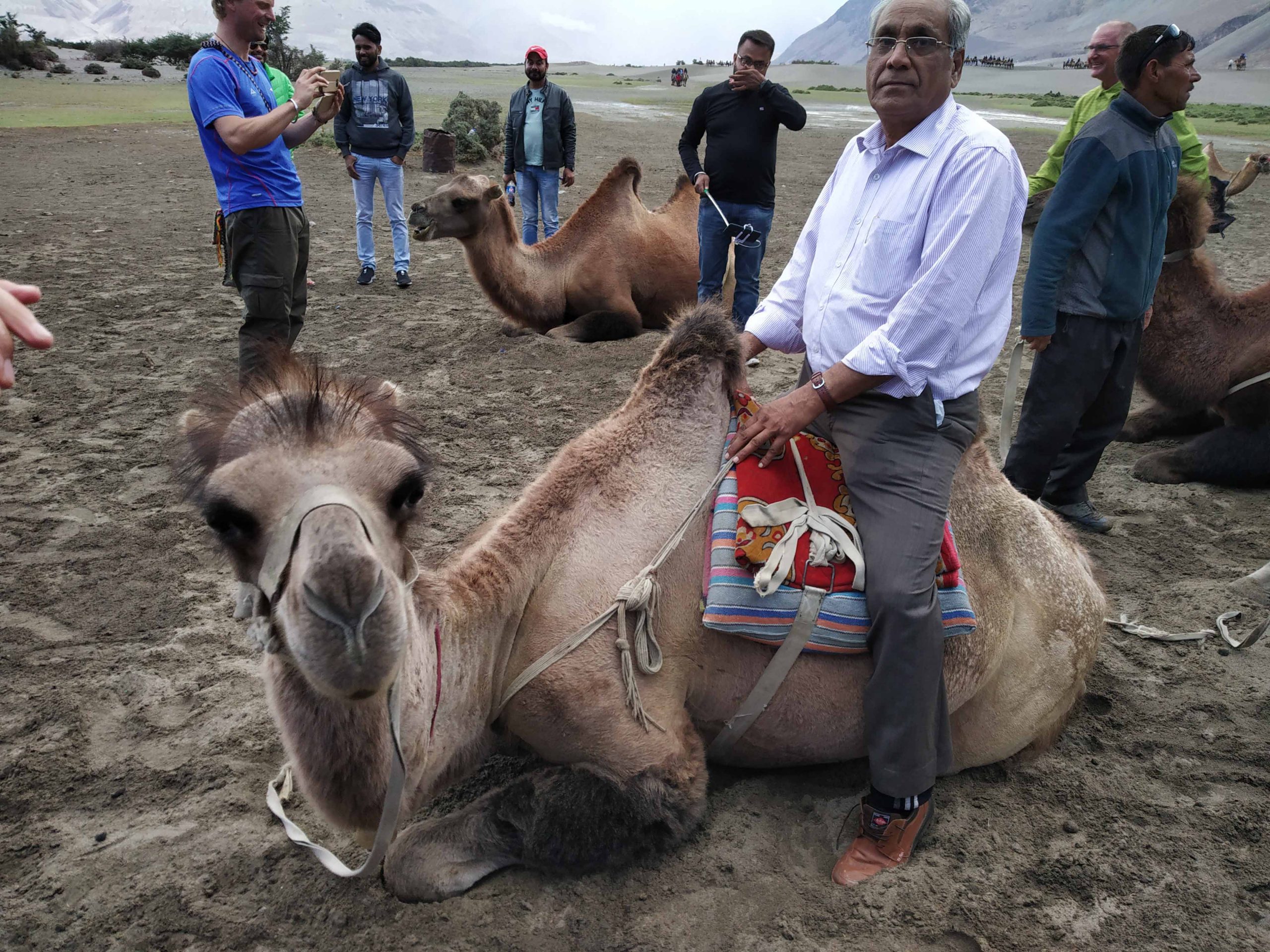 8. Nubra Valley– Nubra is a subdivision and a tehsil in the Indian union territory of Ladakh. Its inhabited areas form a tri-armed valley cut by the Nubra and Shyok rivers. Its Tibetan name Ldumra means &quot;the valley of flowers&quot;. Diskit, the headquarters of Nubra, is about 150 km north from Leh, the capital of Ladakh.

9. Sangam Point- One of the most arresting moils of nature in Ladakh is Sangam, the confluence of Indus, and Zanskar Rivers. Nestled between the stunning mountains of the cold desert, there is a vantage point at about 35 km from Leh near the village of Nimmu, on the Leh to Srinagar Highway.

10. Main market of Leh– is a Street market with many lanes and bylanes, all of which have small shops selling a variety of products. One can find everything here, like Tibetan Handicrafts &amp; Wares, Pashmina Shawls And Woolen, Apricots etc  Finally, I can say that Leh-Ladakh region is full of picturesque scenic beauty, culturally rich, people are simple and honest. It is a worth visiting Leh, at least once in lifetime.