During the last week hundreds of Palestinian protesters have been wounded in clashes with Israeli police and more than 197 are dead in Gaza and 10 in Israel, 42 were killed in the early hours of 17 May only, after the Israeli rocket attacks and bombarding by Israeli planes on Palestinian settlements in the west Bank. Jerusalem has witnessed worst unrest in years with Arab communities inside Israel holding continuous demonstrations against the atrocities during the Holy month of Ramadan.

Events leading to the current crisis

Tension had been brewing in the Old City of Jerusalem since the end of the last month, in addition to a series of events converging at once, reaching a crescendo last Monday (10 May).

On one hand Palestinians are frustrated by a decision of Mahmoud Abbas, the 85-year-old leader of the unpopular semi-autonomous Palestinian Authority, to postpone planned elections, PA’s last parliamentary ballot was held in 2006. On the other hand, results of an election held in March earlier has further emboldened Israel’s far right, bringing a party of Jewish ultra-nationalists allied with the prime minister, Benjamin Netanyahu, to power.

In addition, since the beginning of the the Muslim holy month of Ramadan, Palestinians have complained of what they term as unnecessarily severe restrictions by Israeli police, who prevented them from gathering on steps outside the Old City – an unofficial tradition after evening prayers.

Amid rising tensions, there was an increase in communal violence, with videos shared online of street harassment and several attacks between Jews and Palestinians. Events came to a head in late April when hundreds of far-right Israelis marched down city streets chanting “death to Arabs” and confronted Palestinians.

Added to this was the anger building over an Israeli court ruling, due on 10 May, on whether Israeli authorities would evict dozens of Palestinians from the majority-Arab East Jerusalem neighbourhood of Sheikh Jarrah and give their homes to Jewish settlers.

On 10 May, thousands of flag-waving Israeli nationalists were due to march through Muslim neighbourhoods in the Old City in a provocative parade that celebrated Israel’s capture of the city in 1967. Though, the court date was rescheduled and the march was rerouted, but it has added to increased passions across both the parties.

Jewish families claim they lost land in Sheikh Jarrah during a war in 1948, when Israel was created, a conflict in which hundreds of thousands of Palestinians were also displaced.

Israel recaptured East Jerusalem from Jordanian forces in the 1967 war and later annexed it. Under Israeli law, Jews who can prove pre-1948 title can claim back their Jerusalem properties. But no similar law exists for Palestinians who lost homes in West Jerusalem.

Why is Jerusalem a flashpoint?

Jerusalem has always been at the centre of the Israeli-Palestinian tensions, as several holy sites revered both by Jews and Muslims are situated in the city.

The Al-Aqsa mosque compound situated at the southeast corner of the Old City of Jerusalem occupies a 35-acre rectangular esplanade. The area was seized by Israel during the 1967 Six-Day War, along with the rest of east Jerusalem, which was later, annexed in a move, which has never been internationally recognised.

Muslims revere this area as Al-Haram al-Sharif, and the compound houses the famous golden Dome of the Rock shrine, a seventh-century structure, believed to be where Prophet Muhammad  (PBUH) ascended to heaven and the Al-Aqsa mosque, which used to be the mosque towards which Muslims used to turn while praying, before the Grand Mosque at Makkah was declared as the Kabbah, after it was cleared of the idols by the Holy Prophet. It is the third-holiest site in Islam after the Grand Mosque in Mecca and the Prophet’s Mosque in Medina, both in Saudi Arabia.

The site is also revered as the holiest site in Judaism because it housed both the First and Second Temples. In Hebrew, it is referred to as Har Ha Bayit — the Temple Mount.

Jews are allowed to visit the compound, but are forbidden from praying there for fear of sparking tensions with Muslim worshippers.

Israel has several times tried to change the status quo and annex the whole of Jerusalem. In 1996, an Israeli decision to open a new entrance to the west of the plaza sparked clashes that left more than 80 people dead in three days.

And a controversial visit to the plaza in September 2000 by the then right-wing opposition leader Ariel Sharon was one of the main triggers for the second Palestinian Intifada, which lasted from 2000 to 2005.

In July 2017, the compound was temporarily closed after three Arab Israelis opened fire at Israeli police near the site, killing two of them, before fleeing into the sacred compound, where they were shot dead by security forces.

In 2020 access to the compound was closed to the public during the month of Ramadan due to the Covid-19 pandemic and the reopening was subject to strict sanitary conditions with a limit on the number of worshippers.

The reaction and response by different Arab countries and organisations over the recent flare-up has been the same as always. They issued hollow statements and discussed the situation telephonically with each other. The UN also just expressed its desperation; the UN Secretary General has warned that the latest Israeli-Palestinian conflict is heading for “an uncontainable security and humanitarian crisis”.

The response as expected has been muted and is more subdued because of the recent wave of establishing ties with Israel by different Arab countries, which are more guarded now due to the regional geo-politics or just political pressures. Though the Arab leadership has been found wanting the response of the public at large has been that of continued support to their Palestinian brethren.

Why the Indian Muslims support Palestine?

The Indian Muslims and to a certain extent the Indian polity also, during the last 70 years has been supportive of the Palestinian cause. One reason for this was that they were experiencing the same troubles and repercussions, though not up to that level, after the partition of India at the hands of the British, who were also responsible for creating the state of Israel.

Thus, the colonialists are responsible for creating two permanent sores in the Middle East and Indian subcontinent, to safeguard their interests and submerge the populace in a continuous state of flux. In addition India being one of the leading promoters of the Non-Aligned Movement, its leaders always had good rapport with the Palestinian leaders and supported their cause to the maximum, a fact that was endorsed even by late Atal Bihari Vajpayee when he led the coalition Janata Party government.

In the given circumstances it seems too wishful to hope that this conflagration would die, as Israel to camouflage its military aggression, tries to give it religious colours to win its populace for support. And we know, once religion creeps into any political issue it becomes too difficult to solve it.

Asad Mirza is a political commentator based in New Delhi. He was also associated with BBC Urdu Service and Khaleej Times of Dubai. He writes on Muslims, educational, international affairs, interfaith and current affairs. 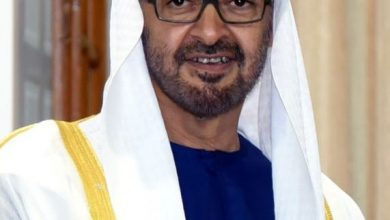 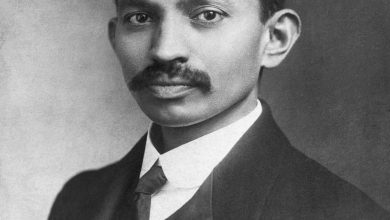 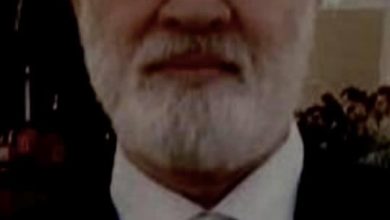