It has been known to a small community of American bio-weapon researchers that by 1969, US had developed six mass-produced , battle-ready biological weapons in the form of agents that cause anthrax, tularemia, brucellosis, Q-fever , VEE and Botulism, each a deadly disease capable of emerging into a pandemic. In addition,  Staphylococcal enterotoxin B was produced as an incapacitating agent by the program.

One Indian-origin biologist , with long experience of research in US’ top biological labs, told NENOW this week, that by 1969, the US bio-weapons program had conducted detailed research for weaponisation of at least 20 more agents , all deadly virus.He said on condition of anonymity , citing possible implications on future research funding, that the 20 bio-agents developed by the program included both Hantavirus and Coronavirus. The other bio-agents developed by the program were Smallpox, EEE and WEE, AHF, Lassa fever , Melioidosis, plague, yellow fever, psittacosis, typhus, dengue fever, Rift Valley fever (RVF), CHIKV, late blight of potato, rinderpest, Newcastle disease, bird flu, and the toxin ricin.  This, the Indian-origin biologist said, this was ” not huge secret” and was fairly well known in the American biologists community, specially scientists who had once worked in the country’s elaborate bio-weapons program.

Even the Wikipedia’s entry on US biological warfare program attests to this claim of the Indian origin biologist. The Wikipedia cites in a footnote to back its claim a work on Bioterrorism by well known UK biologist Nancy Khordari.

So, both the coronavirus and the hanta virus are old virus developed by US bio-scientists in the 1960s before President Richard Nixon put an end to the country’s bio-warfare program.

He had told those who had reservations that if any country dared to inflict bio-terrorism on US, ” we will nuke those bastards”.

A U.S. facility at Fort Terry focused primarily on anti-animal biological agents. The first agent that was a candidate for development was foot and mouth disease (FMD). Besides FMD, five other top-secret biological weapons projects were commissioned on Plum Island.

Work on delivery systems for the U.S. bioweapons arsenal led to the first mass-produced biological weapon in 1952, the M33 cluster bomb. The M33’s sub-munition, the pipe-bomb-like cylindrical M114 bomb, was also completed and battle-ready by 1952. Other delivery systems researched and at least partially developed during the 1950s included the E77 balloon bomb and the E86 cluster bomb. The peak of U.S. biological weapons delivery system development came during the 1960s. Production of cluster bomb submunitions began to shift from cylindrical to spherical bomblets, which had a larger coverage area. Development of the spherical E120 bomblet took place in the early 1960s as did development of the M143 bomblet, similar to the chemical M139 bomblet. The experimental Flettner rotor bomblet was also developed during this time period.The Flettner rotor was called, “probably one of the better devices for disseminating microorganisms”, by William C. Patrick III.

The Indian-origin scientist says that though the bio-weapons were supposed to be totally destroyed, a small stock of each of the agents developed were retained for ‘future research’. That included the coronavirus and the Hantavirus, which have surfaced in China during the recent corona pandemic .

How the deadly virus found their way into China is anybody’s guess but the biologist was not willing to pander to speculations that have accquired the dimensions of a psywar between US and China. From the beginning of the Corona outbreak, online sources advanced the claim that the virus was genetically engineered. An unpublished paper authored by some Indian scientists (https://www.biorxiv.org/content/10.1101/2020.01.30.927871v1) bolstered this notion by suggesting that the virus’ protein sequence included elements of HIV, that virus that causes AIDS. The Indian scientists soon voluntarily withdrew the paper after some Chinese protests but the proposed linkage attracted websites like ZERO HEDGE to make the claim that the novel coronavirus was weaponised by Chinese scientists. Speaking on Fox News,  Republican Senator Tom Cotton suggested that  it could not be ruled out that the virus originated in a lab in Wuhan that is used to handle the most dangerous pathogens.

Zero Hedge has been barred from Twitter, but Chinese social media abounds with conjecture that the virus was engineered by the United States as an agent of biological warfare against China. One widely shared conspiracy theory suggests that American soldiers participating in the 2019 Military World Games in Wuhan deliberately shed the virus at the Hunan Seafood Market. Contending that “a new type of biological warfare is coming,” a retired People’s Liberation Army general called for building a permanent biodefense force in China.

The current outbreak in China is not the first to be a rumored biological weapons attack. During the 2002–3 SARS epidemic, a Russian scientist claimed that the virus was a mixture of measles and mumps that could be made only in the lab. Many Chinese seized on this notion and speculated that SARS was a genetic weapon developed by the United States to target them alone. The official China Youth Daily linked a National Institutes of Health–sponsored genetic study in China to the U.S. genetic warfare program. In the United States, meanwhile, a China expert suggested that the virus was linked to China’s biowarfare program. Yet SARS was by no means a genetic weapon. According to the U.S. Centers for Disease Control and Prevention, of the 166 reported SARS patients in the United States in 2003, 58 percent were white and 32 percent were Asian.

The truth , a casualty in such intense exchange of allegations and counter-allegations , is difficult to establish as to how the novel coronavirus emerged in Wuhan, whether it is a modification or an advanced version of the one the American bio-warfare program had developed in the 1960s and whether it was deliberately released. What is however certain is that the corona virus that has plunged the world into a huge crisis was first developed by the US. 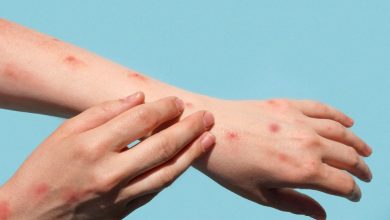 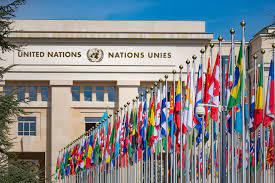