By Atul and Sandeep Pandey

Arun Ferreira is a civil rights activist and human rights lawyer. He has been behind bars since June 6, 2018, when he was arrested in connection to the Bhima Koregaon event held earlier that year. Like many other activists, he was slapped with Unlawful Activities Prevention Act, sedition and other anti-terror related offenses allegedly for inciting the ensuing violence that police claimed was calculated to disturb public peace.

Ferreira has spent years in jail on similar charges previously as well. He was first arrested in 2007, for an alleged conspiracy to blow up the Deekshabhoomi in Nagpur, the site where the Dalit icon Dr. Bhimrao Ambedkar converted to Buddhism in October 1956 along with more than 300,000 of his followers. Ferreira later said that Police concocted this story to drive a wedge between Dalits and Naxalites.

During the trial, the prosecution could not prove any of these grave allegations in court. As a result, he was finally declared innocent and acquitted of all charges in 2014. Needless to say, this acquittal was too little to compensate him for the four tormenting years he spent in jail and the brutal custodial torture that he underwent therein.

Referring to such cases, human rights defenders point towards the inefficiency of the Indian legal system. They claim that such lengthy trials in itself are akin to punishment, even if the accusations are eventually dismissed years later. Moreover, the officials are rarely held accountable for their excesses as arrests made by the state are presumed to be in good faith.

While recounting one of his prison experiences in an article, Ferreira says that they stretched out his body completely, using an updated version of the medieval torture technique of drawing. His arms were tied to a window grill high above the ground while two policemen stood on his outstretched thighs to keep him pinned to the floor.

Later, Ferreira also wrote a book titled ‘Colors of the Cage-A Prison Memoir’ on his nerve-racking torture and suffering inside the prison. In the words of Arundhati Roy, this book provides “a clear-eyed, unsentimental account of custodial torture, years of imprisonment on false cases and flagrant violation of rule of law. His experience is shared by tens of thousands of our fellow countrymen and women most of whom do not have access to lawyers or legal aid”. Due to the political nature of his work Ferreira has always been an easy target of hostile right-wing governments for many years.

Ferreira is said to have had a humble upbringing. According to India Civil Watch, during his college days, he began exploring strong connections between poverty and lack of social justice. As a student, he passionately assisted blind children and orphans. And after graduating, he worked for the well-being of slum-dwellers and squatters of Mumbai, where he played a constructive role in the relocation of slums from Colaba to Goregaon in Mumbai.

After his acquittal and release in 2012, Ferreira became a budding lawyer and worked closely with other legal professionals of the country to secure the release of other political prisoners arrested on trumped-up charges of sedition, UAPA, etc. Sadly, he too became a victim of similar charges in June 2018, when he was arrested for facilitating the Bhima Koregaon anti-Dalit violence and promptly labeled as Urban Naxal by the media. He has been in jail since then along with many other acclaimed activists of the country like Varavara Rao, Gautam Navlakha, Sudha Bharadwaj, Rona Wilson, and Vernon Gonsalves, etc.

Nonetheless, his resolve to fight against state oppression has only become stronger despite being tortured and abused in prison on numerous occasions, says Ferreira. Many civil rights organizations of the country have demanded the dropping of all charges against Arun Ferreira and his immediate release.

It is a national waste that such talented and committed individuals are being kept in jail indefinitely and even during the coronavirus crisis. For most of them it would have been a natural inclination to work for relief during the lockdown period and later. Instead of utilising their services during a national emergency the government not only continued to keep the ones arrested before lockdown in incarceration but during the lockdown arrested Professor Anand Teltumbde and Gautam Navlakha. It shows the misplaced priorities of the Bharatiya Janata Party government which did not rise above its sectarian ideology politics even during the lockdown period and pursued its agenda of vendetta. No good can happen to a country and society which keeps some of its best citizens in jails for such long durations. If the most competent of citizens will rot in jail or will be thrown out of or marginalized in various institutions they serve, only mediocre will rule and the country and society will pay a heavy price for this. We are already witness to fallouts of some misguided decisions taken in ignorance and arrogance by the government.

The country is facing internal economic crisis and external crisis at the Chinese front. The Prime Minister wants people to be united to face this situation but at the same time his government is going after its political opponents as is clear from the victimization of students and activists in the Delhi riot cases. If the government will target people based on their religion and ideology how does it expect unconditional support of people? One would have expected that the government will learn a lesson or two from the coronavirus pandemic and pursue just policies in the interest of the people. But the introduction of anti-farmer and anti-labour legislation in the shortened Monsoon session of Parliament shows that it continues to hold a pro-corporate and anti-people viewpoint as earlier further hurtling the country towards misery and disaster.

Keeping some of its most brilliant citizens in jails and acting with vengeance against more such individuals when the country is going through multiple tragedies is just a symptom of the myopic outlook and constricted thinking of the government. 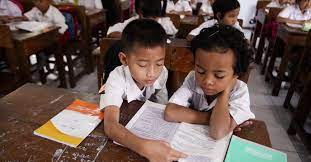 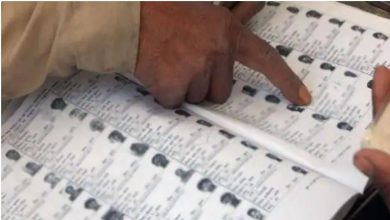 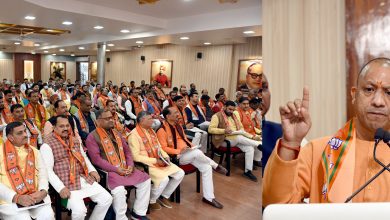 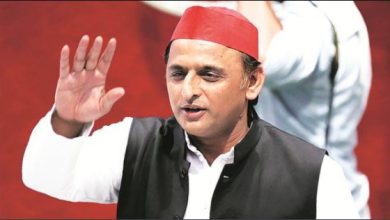