As the situation stands today the BJP has two clear options in U.P.

*It replaces Yogi as chief minister and fights the election under the leadership of a new incumbent and loses it.

Now the question is if it has to lose the election in both cases why does the top leadership of BJP wants to undermine and replace Yogi instead of doing something to improve its prospects in the elections?

And the answer is not difficult to find.

Yogi was never Prime Minister Modi’s choice and an unforgiving Mr Modi cannot reconcile to the fact that Yogi is ruling the biggest state of the country despiteof the fact that he wanted his protégé Manoj Sinha, at present LG of Jammu and Kashmir to be the chief minister of U.P.

However, this is not the only reason Modi wants to ease out Yogi. Yogi has of late been hobnobbing with anti-Modi forces within the BJP. His love for Nitin Gadkari and Rajnath Singh, a fellow Thakur, is being as a threat to his position by Modi and his friends.The crushing BJP defeat in West Bengal and the second wave Corona catastrophe  has further aggrevated this threat perception.

The Corona mayhem in U.P. in April and May last has provided an opportunity to Yogi’s opponents to run him down and question his leadership and Modi and his close friends do not want to miss this opportunity.

However, the job is not easy and Modi and his associates know this. For one Yogi is the darling of the same Hindutav forces and anti Muslim sentiment that brought Modi to the pinnacle of power. Then Yogi’s personal character or financial integrity and honesty is without any shade of doubt, something which cannot be said of many political leaders both within and outside of BJP. Unlike Prime Minister Modi and Home Minister Amit Shah, Yogi has no friends in the corporate world.

If BJP has to win future elections by raising emotional issues and stressing on communal divide then Yogi will certainly be a big asset. The dilemma before the BJP leadership is that should they sideline this asset and still go the polls in the all importantstates of U.P. losing which will mean losing power at  the Centre in 2024 Lok Sabha elections.

Therefore, what is the future of Yogi? Will he be allowed to continue as chief minister and lead the BJP in state assembly election?

Unless he is blocked in his bid by powerful forces in the RSS and friends in the corporate world, Prime Minister Modi would certainly work to remove Yogi as U.P. chief minister. In other words if Yogi continues as chief minister we can easily surmise that Modi has lost the clout in the ruling establishment a year ago.

Therefore, the talk that RSS leaders and BJP ministers are going to Lucknow not to discuss the removal and replacement of Yogi but to visit Hazratganj  and eat kababs are misleading . They are clearly assessing implications of removing Yogi. If they just eat kababs in Lucknow and return to Delhi and Nagpur it means that they have found Yogi a hard nut to crack.

It is typical of the top BJP leadership that instead of utilizing the eight months’ time for elections in U.P. in improving administration and economy and addressing the burning problems like unemployment and health care it is busy with the question of retaining or removing a well-entrenched chief minister. But the question is why the BJP acts in this manner and the answer is not far to seek. The party perhaps feels that in order to win an election it can again raise an emotional issue touching the religious sentiments of the majority community.
If BabriMasjid – Ramjanmbhumi issue has been resolved and the construction of Ram Mandir is on way so what. The question of Gyanwapi mosque in Varanasi and Shahi masjid in Krishnabhumi in Mathura are still very sensitive issues which touch a raw nerve in the members of the majority Hindu community. Perhaps BJP leadership feels that by raising these issues it will easily win the coming Assembly elections. Therefore, it does not matter as to who is the chief minister what impact  his retention or removal will have on the party and its cadres.

However, all this is in the realm of probability. The fact is that BJP has very heavily  lost its mass support which gave party spectacular election victories in 2017 and 2019. The kisan agitation has not only wiped out its mass base in West U.P. by bridging the communal divide it has changed the political ecosystem of the state . Yogi’s arbitrary style of governance, Corona impact and increasing dearness has further alienated the people from the ruling party. Unconfirmed reports say that an intelligence study recently ordered by the Centre brought out the shocking fact that if elections were to be held now the BJP will get only 50 out of 400 plus assembly seats in U.P.

Despite this grim ground reality will BJP still win U. P. if it raises a communally sensitive issue? Only time will answer this question but as the situation stands today BJP is certainly in a catch 22 situation today. 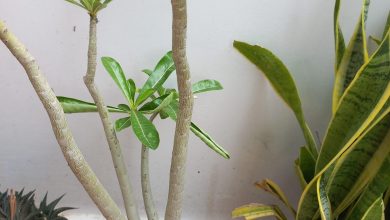