The Earth is a specific planet of the universe, which is stupendous –beyond imagination and governed by the one eternal and universal law. Man, endowed with extraordinary virtues like intellect and creativity, is the top-notch creature on the Earth. All human beings, women and men on the Earth are without any kind of discrimination equal. The eternal soul –Atman exists in everyone. The soul –Atman or the individual self, according to the Advaita Vedanta philosophy, is a projection or the reflection of the Supreme Self –the Regulator of the universal law. According to the Shrimadbhagavad-Gita, the soul is eternal and indestructible; it wears the body like clothes and discards it at the time of death. Each and every soul, therefore, has the same virtues –qualities as God.

The long-term sustained adulation for the thousands of years’ old Indian philosophy –the oldest philosophy of the world offers man individual freedom to realize the state of the Satya –truth by soul-force. Each and every human being is free to realize the truth from his own viewpoint. She/he is at liberty to take her/his own pathway to achieve the goal of life everyone is equally entitled thereof. In this regard, no other fellow-being can force her/him.

“EkamSadvipraBahudhaVadanti” (i.e., there is, but one Truth only, sages, however, call it by different names),a part of one of the Mantras of the Rigveda, the basic scripture of Indian philosophy emphasizes the state of the one universal and eternal truth; this conceptualizes the reality of the one Regulator of the universal system, His being the ultimate truth –the Satya, His cosmopolitan stature, uniqueness and supremacy, His true character and introduces His virtues and His perpetuity as the Supreme Being. It also elicits the reality of His all-timely welfaristic disposition and depicts man’s burning longing to reach Him –to experience His existence by adopting different viewpoints and making efforts to attain Him through various ways. Hence, this evidently ascertains human freedom to achieve the goal of life through a self-chosen pathway.

Along with the Santana-Hindu philosophy –the Vedic view of life, the concept of tolerance predominantly emerges in Anekantavada –Bahulatavada, one of the foremost doctrines of Jainism. Anekantavada, also known as the Theory of Relativity or the Philosophy of Relative Pluralism states that the ultimate truth –reality is complex having multiple aspects. It calls for accepting relativism and pluralism stating that the Satya –truth and reality are perceived differently from different points of view, and no single point of view is the complete Satya. Therefore, persuasion of getting familiar with the state of the Satya through only one viewpoint is hazardous to global unity.

Differences in opinions –viewpoints and working methods are inevitable. Accepting this reality man should establish co-ordination with fellow beings. In place of hatred, he should keep tolerance as the nucleus in behaviours and mutual practices, and step forward for the self-welfare, for the wellbeing of society and humanity as a whole. Gautama Buddha called on humanity to control the feeling of hatred the very moment it emerges in one’s mind and thoughts, and to transform it into toleration. With the purpose of getting man realized the significance of tolerance, the Buddha said, “Hatred is not appeased by hatred; hatred is appeased by love only. This is an eternal law.”

Despite our different physical make-up, diverse values and traditions and differences in opinions, we are all equal as human beings. We are all controlled by the one and the same eternal power and complying with one universal law. While having firm conviction in one’s own faith, respecting –honouring others’ viewpoints, values and traditions, thus embracing tolerance especially by attitude adjustment is the sole basis of a balanced and harmonious social order. It is the pathway to reach the ultimate truth. This message of Shri Guru Nanak Dev along with establishing unity in diversities paves the way to the large scaled welfare of humanity on the strength of tolerance.

Thus, thousands of years ago, the principle of human unity appeared as the foremost fundamental in the Sanatana-Vedic –Hindu philosophy and reached the whole world as the prime message of India. This very message remained intact in Jainism, Buddhism and Sikhism, the three other main philosophies of the Indian origin. Despite differences of opinions, beliefs and work cultures, human beings were called by all of them to embrace tolerance in life to establish unity among fellow beings. Tolerance is synonymous with the supreme human value of Ahimsa –non-violence calling for accepting all with compassion and sympathy, hurting no one. It is the most potent, functional and successful means of establishing peace, harmony and unity in diversities. There is no room for compulsion in tolerance. Co-operation and co-ordination are the two deep-rooted pillars of tolerance.

The manner in which Indians, in consonance with the call of all-welfaristic characteristics of their unique culture showed tolerance and generosity towards people, who came to India from time-to-time for refuge and settlement, that testifies to India’s prime message of human unity.

Intolerance is found in one way or the other at the root of the most of the disputes, hostilities, problems or struggles at all levels and in all walks of life. Therefore, if we wish to minimize disputes, hostilities, problems and struggles at all levels, from individual to global, we need to develop the spirit of tolerance to the maximum level in our viewpoints, behaviours and mutual practices. Viewing tolerance in the light of human unity, we need to step forward on the pathway to the global welfare. This is one of the foremost messages of India to the world. 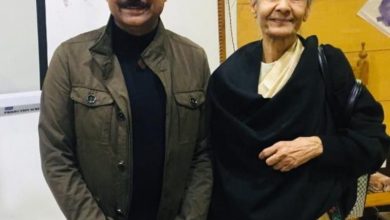 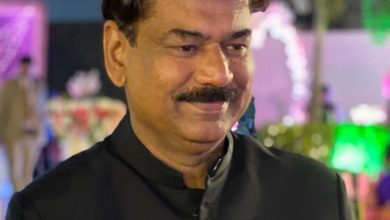