The Gujarat High Court on November 25, 2021 rejected a Public Interest Litigation (PIL) filed by Mahatma Gandhi’s great-grandson Tushar Gandhi against Sabarmati Ashram redevelopment project in light of the submissions made by the Government.

“The government has given an assurance that the existing Ashram, which is in an area of one acre, would not be disturbed, and it will be maintained as it is. Thus, all the fears and apprehensions of the petitioner stand allayed in the government’s order,” Chief Justice Arvind Kumar said, while rejecting the PIL.

Despite the assurances by the government it is feared that redevelopment plans of Sabarmati Ashram-Ahmedabad would turn this modest place into a commercial attraction. As a result the people across the country and globe who believe in Gandhian principles are appealing to all to maintain the Ashram in its original form preserving its purity, simplicity and sanctity.

After the rejection of the plea by the High Court a lot of questions were asked by people in social media platforms about Satyagraha Ashram, its objectives, assets including the area of land possessed etc. Another question is what Gandhi wished when he finally abandoned the Ashram in 1933.

As we know, Gandhi started the Satyagraha Ashram in a rented building in May 1915 at Kocharab and it was shifted to a new location on the banks of river Sabarmati on June 17, 1917.

During that time Gandhi was engaged in Champaran Satyagraha in Bihar. A circular letter written by Gandhi for funds for the ashram from Motihari, Champaran on July 1, 1917 gives us an idea about the activities of the ashram those days.

He asked for funds for boarding and lodging of ashram inmates, hand weaving, the national school, propagation of Hindi language and for his political activities.

The letter also states that “A large plot of land is required for all these activities. Such a plot, admeasuring about 55 bighas, has already been purchased on the banks of the Sabarmati near the Sabarmati jail. Efforts are proceeding to buy some more.”

He also made it clear in the letter that for the land he spent the funds with him. Thus it is clear that the ashram had a number of activities and possessed around 20 acres of land even at the initial stages.

More land and buildings were added to it in the course of time due to surging of various activities. It was only in the year 1926, the Trust Deed of the Ashram was prepared and it was registered at the office of Sub-Registrar, Ahmedabad on February 12 .

It is interesting to note that in   the declaration of the Ashram trust, Gandhi and his nephew Maganlal Gandhi described their profession as weavers and cultivators and residing at the Satyagraha Ashram. The accompanying schedule gives particulars of 18 pieces of land and buildings valuing Rs.2,75,000/-

The objectives of the Satyagraha Ashram, according to the trust deed, were:

2. Cultivation of cotton, development of the crafts connected with it, hand-ginning, carding, spinning and weaving;

3. to train workers for activities necessary for the moral, economic and political uplift of India;

4. to establish and run schools to impart education in letters and other training; and

5. to undertake activities for cow-protection and improving the breed of cows, etc.

It describes the eleven vows which were essential for the fulfilment of the object of the ashram and the various activities including worship, sanitary service, sacrificial spinning, agriculture, dairy, tannery, national education, khadi technical school and its syllabus of studies. Inter alia it also included the details of property owned by the Ashram.

This constitution at the end describes the daily routine of the ashram. The historic Dandi march which began on March 12, 1930 put an end to Gandhi’s stay in the ashram. Gandhi in his letter to Home Secretary, Government of Bombay, Ahmedabad, on July 26, 1933 had offered to the government to take over the Sabarmati Ashram.  It owned those days immovable property estimated at about Rs. 3, 60,000 and movables including cash estimated nearly Rs. 2, 00,000.   He wrote:“I suggest that the Government take possession of these and do what they like with them. … “

However the government did not take over the Ashram and Gandhi after due deliberation wrote to G. D. Birla, President, Servants of Untouchables Society, Delhi on September 30, 1933 to take-up ashram work for Harijan cause. “ …we came unanimously to the conclusion that it should be transferred to the all-India Harijan organization for all-India use.

The objects of the Trust are:

(i) to settle on the Ashram ground approved Harijan families subject to regulations to be framed;

(ii) to open a hostel for Harijan boys and girls with liberty to take non Harijans;

(iii) to conduct a technological department for teaching the art of skinning carcasses, tanning the hide so obtained, curing it and manufacturing leather so prepared into shoes, sandals and other articles of daily use; and lastly to use the premises as offices for the Central Board or the Gujarat provincial organization or both, and such other allied uses that the committee, referred to in the following paragraph, may think proper. On behalf of the trustees, I suggest that the Servants of Untouchables Society should appoint a special committee … to take over this Trust and to give effect to its objects.”

He added further “The buildings contain a spacious hostel easily accommodating 100 boarders. It has a fairly big weaving shed and other buildings exceptionally fitted for the uses I have named. The property contains 100 acres. … I hope that the Society will have no objection to accept the offer of the trustees and to take over the responsibility implied in the acceptance.” G. D.Birla  in his reply on October 4, 1933, accepted Gandhi’s offer and requested him to ask those who were already there to continue to stay and look after the estate as before.

Thus it is clear that it was the wish of Mahatma that his ashram should rededicate itself for the cause of untouchables. It was difficult for All India Harijan Sevak Sangh to manage such diverse activities and autonomous trusts were formed to carry out the work after the assassination of Gandhi.  If the ashram is looked upon as one acre of land with some buildings and museum, we are not doing justice to Gandhi’s wishes. Now all the stakeholders should make it a historic opportunity to rededicate for the constructive work for which it was established.

Dr. Siby K. Joseph is Director, Sri Jamnalal Bajaj Memorial Library and Research Centre, Sevagram Ashram Pratishthan, Wardha-442102, Maharashtra. He is a noted academic and Gandhian Scholar having more than two decades  of teaching and   research experience.  The books written and edited by him were published by Routledge, Concept, Manohar and many other publishing houses. His most recent writings are Lanza del Vasto: A Messenger of Peace (2018) Gandhi in South Africa: A Racist or A Liberator? (2019) Kasturba Gandhi: An Embodiment of Empowerment (2020).This Article is a part of series of articles on Ashrams established by Mahatma Gandhi
Email:directorjbmlrc@gmail.com 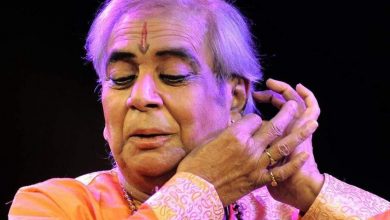 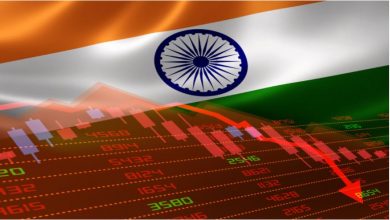 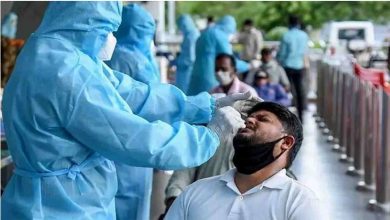