Ashrams were part and parcel of the life of Mohandas Karamchand Gandhi or Mahatma.  Hewent to South Africa in 1893 and started living with his family in the beautiful Beach Grove Villa in Durban in 1897. His clerks often stayed with him and he even kept with him a personafflicted by leprosy in this house. All these show his inclination for an ashram way of living.Gandhi wrote “As soon as I had a house of my own, my house was an ashram in this sense, formy life as a householder was not one of enjoyment but of duty discharged from day to day.

Again besides the members of my family I always had some friends or others living with me, whose relation with me was spiritual from the first or became such later on.” But this went on unconsciously till the establishment of his first experimental community known as Phoenixsettlement at Inanda, Durban in 1904. This Settlement was established to put into practice theideals of John Ruskin’s work Unto This Last and to run Indian Opinion, a publication which he
started in the year 1903 to serve the interests of the Indian community there.

His second ashram,Tolstoy Farm was established in 1910 near Johannesburg, a corollary to Phoenix Settlement
during the second Satyagraha campaign against the Asiatic Registration Bill popularly known as
Black Act.It was mainly to accommodate families of Satyagrahies and to lead a communitarian life which he described as “cooperative commonwealth.”

His third ashram, which is known as Satyagraha Ashram, was established at Kochrab near Ahmedabad in 1915 on his return to India from South Africa. It was later shifted to the banks of river Sabarmati in 1917. Mahatma left this ashram on 12 th March 1930 in the wake of historical Salt March with a solemn vow that he will return to the Ashram only when India gets independence from the foreign yoke or the British rule.

Sevagram is the fourth ashram established by Mahatma Gandhi. The word Sevagram literally means the village of service. Jamnalal Bajaj, a businessman and industrialist, who is regarded as the fifth son of Mahatma, persuaded Gandhi to settle down in Wardha and supported him in the establishment of Ashram at Sevagram ,  Wardha  in 1936.

What is an Ashram according to Gandhi?  For him it was “a community of men of religion.”Here the term religion is used in the sense of spirituality. During Gandhi’s stay at Satyagraha Ashram in  an evening walk looking at the Sabarmati Central Prison he jokingly said.”This is our other Ashram “He further said:”In our Ashram there are no walls. The only walls we have arethose of Ashram disciplines. But unlike the prison walls they do not imprison but protect us andrelease us into greater freedom.

It is only when we observe spiritual disciplines voluntarily that we experience real freedom. Armed with them, we can go anywhere, face any emergency and never feel baffled. For instance, our life in the Ashram is supposed to be harder than prison life. We have no possessions of which anyone can deprive us.  Imprisoned we shall miss no delightsof the palate or any other physical indulgence having accustomed ourselves to plainfare and the
simple life. We shall fear none because we shall have learnt to walk in the fear of God only, and we shall gladly  die witness to truth; we shall never repudiate it.”

The draft constitution of the Ashram which Gandhi prepared in 1915 lists  the vows of truth, nonviolence, brahmacharya, control of palate, non stealing,  non possession,  swadeshi and fearlessness.

In the third draft he included the vow against untouchability  taking note of harsh  social realities prevailing in India
those days.

Gandhi emphasized the importance of observance of vows and disciplined way of life as necessary conditions for anyone who would like to become a member of his ashram and they should these even after his demise.

It is evident from the rules he framed for Sevagram Ashram at the last leg of his life. He wrote that the life members should sign the following pledge. “We the undersigned believe in the necessity of keeping the eleven observances, and will endeavour to do so to the best of our ability. We will live in the Ashram till death even when Gandhiji is no
longer with us in the flesh and will perform the duties assigned to us.”

In this write up Gandhi reflected on almost every aspect of day to day life in the ashram. This document is considered as his last will and testament in matters regarding ashram life. In fact the Ashram life contributed a lot in the journey of Mohandas to Mahatma. It started in the South African soil with Phoenix Settlement and Tolstoy Farm and it took definite shape when he started Satyagraha Ashram in 1915.

Gandhi’s Ashrams served as ideal laboratories for personal purification of inmates which equipped them for socio-economic and political actions for the creation of nonviolent, equitable, just and peaceful society.

Mark Thomson, the author of the book , Gandhi and his Ashrams explains the significance of Gandhi’s initiatives of ashram life both in South Africa and India in the following words: “The ashrams Gandhi established served
as laboratories where he and his colleagues experimented with nonviolence as an alternative way
of life.

In these small monastic communities of men and women living according to absolute vows he sought to lay the ground-work for an egalitarian social organization and economy, and to develop an education system that reflected the Indian genius. The ashrams provided economic and moral support as well as fostering the discipline and awareness necessary for their members to sustain grassroot civil disobedience.

Gandhi saw the need in the tradition-bound, rigidly hierarchical Indian society, for a moral sanction able to inspire people to help themselves. He believed ashramic life, based on mutuality, simplicity and hard work, would nurture an asceticism that could be channelled through positive action to reform society”.

Ela R. Bhatt, Chairperson of Sabarmati Ashram Preservation and Memorial Trust wrote in an
article.“The Ashram is not a project, or Gandhiji’s home, or a tourist spot. It is where our history
of achieving freedom for millions with non-violent means was made. It is where we
experimented with a future way of living. The Ashram is not a mere memorial of objects and
artefacts but a place that inspired satyagraha and carved pathways — inner and outer — to peace.
It is our common and shared responsibility to protect, preserve and promote. All of us. Including
our government.”

Ashrams of Gandhi are embodiments of Gandhian way of life and action. It should not merely
remain as museum pieces but busy hubs engaged in dissemination and propagation of values and
ideals Gandhi stood for. Thus it is the responsibility of all stakeholders to preserve, protect the
priceless artifacts and archives of Gandhi for posterity and propagate his ideas for the very
survival of humanity. 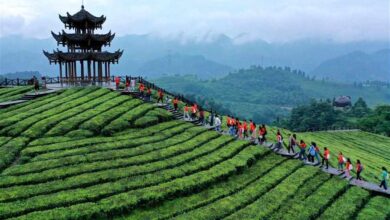