Mahatma Gandhi’s Sabarmati Satyagrah Ashram is in public discourse since the Gujrat government announced a mega redevelopment project funded by the central govt. Perhaps the policy makers are unable to appreciate the importance of this ashram for the humanity. In this article Atul Deulgaonkar has made a powerful effort to decode this importance through the lenses of Laurie Baker and Kumar Gandharv.

We are making utmost efforts to search for peace in an empire of temporary, instant and commercial art.  With unbearable, frightening speed of life we are hunting for ‘vilambit swar’ that would offer solace. Each of us is striving hard for the silence of space or music that could offer us tranquility and remove chaos and jarring around us. Our own space in our home seems meaningless. We make all attempts of ‘innovation’ by changing the direction of utensils and altering interiors, but still do not get interior peace. Then too we cannot offer any meaning to the space where we stay.  Travelling to a mountain, beach or forest offers temporary relief. In such a crucial juncture we get support from Kumar Gandharva and Laurie Baker.

Laurie Baker (1917-2007) , the British Indian architect  gave meaning to formless space. Pandit Kumar Gandharva (1924-1992) offered a new vision through the world of energetic swar. These legends have enriched India in the same period. The art of these two has made us introvert and start self-search. Their art inspires this generation too. These thinkers have enriched and showed us the synthesis of tradition and modernity, human being and nature, intellect and emotion, form and content.  Baker and Kumar are also architects of modern India.

Pt. Kumar Gandharva offered us this vision. He composed Gandhi Malhar raga and created his own bandish. He said, ‘‘I always admired Gandhi’s search for the truth. But I bow my head for his qualities of assurance of safety & empathy. These divine characteristics is the soul of this raga.’’

On the occasion of Gandhi’s birth anniversary, Baker searched ‘Truth and Architecture’. In his address he asked, ‘Is architecture an expression of the truth? And is the truth getting expressed through architecture?’  By raising such fundamental questions Baker was criticizing the architects and engineers who end up imposing their own thoughts on the clients. This surprised professors who had been teaching the same syllabus for years at the end without considering the present context. Baker was subjecting students, whose sole mission after graduating would be to recover their investment in studies at the earliest, by making quick money, and the teachers and contractors, to this verbal salvo.

Laurie Baker, the father of green architecture in India, used local material, recycled many wastes, and attempted to reduce the use of cement & steel as much as possible. He emphasized upon Reinforced Bamboo Concrete. He was a genius in adopting the principle of harmony with nature in his design of buildings. He reduced building costs at each and every step of construction. His aesthetically beautiful and functionally comfortable buildings are marvels of ‘frozen music’.

It was Gandhiji who advised Baker to go to rural India to understand life & housing. Gandhiji’s adage ‘The ideal village house is constructed of materials from within a five-mile radius’ had taken a deep root in Baker’s mind. Baker always said,’ I learned from local architecture.’

Now this mantra is reverberated in almost all environmental dialogues in the entire world. This low capital intensive, low energy intensive approach is the crux of the new green economy. (His thoughts are regularly quoted in all Global Summits on Climate Change. Please wait till October 31st, when the Climate Change Conference begins in Glasgow, to witness this.)

Social psyche across the world expresses the dire need of a positive good human being (protagonist) today. Majority of the people in the world thought that Mohandas Karamchand Gandhi & Albert Einstein were outstanding personalities that had a deep impact on the human mind during the 20th century. International magazines like ‘Time’ & many others had plenty of opinion polls in the year 2000, no poll could exclude these two great minds.

Sabarmati Satyagraha Ashram in Ahmedabad was the expression of Gandhian philosophy. Charles Chorea has offered us the silence of space that compels us to introspect ourselves. It is too simple to absorb. It is such a beautiful space that each and every visitor gets connected with the Mahatma’s life & message. Listening Kumar Gandharv`s Gorakh Nath`s nirguni bhajan, ‘शून्य गढ शहर, शहर घर बस्ती, कौन सुता कौन जागे है’ ’ in light & sound show on the bank of Sabarmati river is a hypnotic experience.

This World heritage could be an international multi-dimensional study center.Students & teachers across the world could research on Gandhian Studies and its application in art & literature, neuro- architecture & development economics etc.

Preservation of this Ashram is the duty of all Indians. Else the world will laugh at ungrateful people like us. 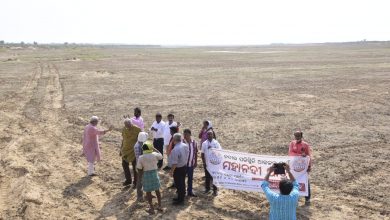 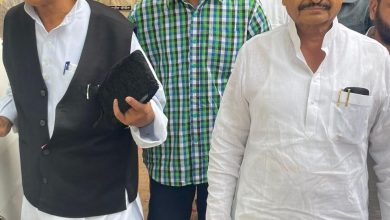