While the world still battles the Covid-19, Corona virus, a debate has already started about the emergence of a New World Order, and which country or ideology will be the winner, besides associated questions about the social inequalities and distribution of wealth across the world.

Though nothing could be predicted for sure at the moment, yet world leaders, policy makers and analysts have started talking about the shape of new things to emerge post-Corona. Competing philosophies, power blocs, leaders and systems of social interrelation are being stress-tested in the court of world opinion.

Brussels based think-tank, The Crisis Group, in assessing how the virus will permanently change international politics, suggests: “For now we can discern two competing narratives gaining currency – one in which the lesson is that countries ought to come together to better defeat Covid-19, and one in which the lesson is that countries need to stand apart in order to better protect themselves from it. As the pandemic unfolds it will test not only the operational capacities of organisations like the WHO and the UN but also the basic assumptions about the values and political bargains that underpin them.”

In France, Macron has predicted, “…this period will have taught us a lot. Many certainties and convictions will be swept away. Many things that we thought were impossible are happening. The day after when we have won, it will not be a return to the day before, we will be stronger morally. We will draw the consequences, all the consequences.” On his part, he has promised to start with major health investment in France.

In Germany, the former Social Democratic party foreign minister Sigmar Gabriel has lamented that ‘we talked the state down for 30 years’, and predicts the next generation will be less naive about globalisation. In Italy, the former prime minister Matteo Renzi has called for a commission into the future. Henry Kissinger, the US secretary of state under Richard Nixon, says rulers must prepare now to transition to a post-coronavirus world order. The UN secretary general, António Guterres, has said: ‘the relationship between the biggest powers has never been as dysfunctional. Covid-19 is showing dramatically, either we join [together] … or we can be defeated’. In Hong Kong, graffiti reads: ‘There can be no return to normal because normal was the problem in the first place’.

In the UK, the debate has been relatively inward looking. Already reeling under post-Brexit chaos and with mounting dead, people seems less concerned about the politics as compared to survival. They have also embraced many un-British things in the changed scenario. Overall Cornoa’s impact in the UK seems more on the society than on the politics.

Across Europe, the loser at the moment seems to be the EU. In Europe, the main issue is the divide between the north and south Europe over finances, and in this the EU is seen as struggling even to survive, as each European nation is trying to survive on its own, without helping the neighbours and thus defeating the basic EU-spirit, as EU is seen as dithering and unable to give any clear guidance to the member nations.

At the religious level, Pope Francis in his Easter address, called for global solidarity in fighting the coronavirus pandemic and its economic fallout, urging the relaxation of international sanctions, debt relief for poor nations and ceasefires in all conflicts.

The Archbishop of Canterbury has said inequalities must be addressed or even eliminated once the current ‘pestilence’ is over. Speaking on Easter Sunday on the BBC’s Andrew Marr show, Justin Welby said there was a ‘huge, huge danger’ of the coronavirus pandemic exacerbating inequality’, adding, ‘The next wave coming is the economic one … We have a choice there as a nation and as a society and as a world. Do we take hold of our destiny and make sure the differences are mitigated, abolished where possible – or do we just let things happen, do we let the market rule, in which case there will be enormous suffering’.

The discussion at global think tanks continues, not about cooperation, but whether the Chinese or the US will emerge as leaders of the post-coronavirus world.

It is as if the pandemic has turned into a competition for global leadership, and it will be the countries that most effectively responded to the crisis will be the new world leaders.

Many are already claiming that the east has won this war of competing narratives. The South Korean philosopher Byung-Chul Han, in an essay in El País, has argued the victors are the ‘Asian states like Japan, Korea, China, Hong Kong, Taiwan or Singapore that have an authoritarian mentality which comes from their cultural tradition (of) Confucianism’.

Indeed, China is already on a victory lap of sorts, believing it has deftly repositioned itself from being the culprit to the world’s saviour. A new generation of young assertive Chinese diplomats have taken to social media to assert their country’s superiority.

Science journalist, novelist and author, Laura Spinney is of the view that historically, pandemics have occurred at times of social inequality and discord. As the poor get poorer, their baseline health suffers, making them more prone to infection. At the same time they are forced to move more, in search of work, and thus gravitate to cities. The rich, meanwhile, have more to spend on luxuries, including products that hail from far-flung places. The world becomes more tightly connected through trade, and germs, people and luxury goods travel together along trade routes that connect cities. On paper, it looks like a perfect storm.

Pandemics don’t always trigger social unrest, but they can do, by throwing into relief the very inequalities that caused them. That’s because they hit the poor hardest – those in low-paid or unstable employment, who live in crowded accommodation, have underlying health issues, and for them healthcare is always less affordable or less accessible. This was true in the past and remains so today. During the 2009 flu pandemic the death rate was three times higher in the poorest fifth of England’s population than in the richest. Covid-19 is showing no signs of departing from the pattern, which, because of the way the socioeconomic dice fall, also has a racial dimension.

In reality, answers to both questions lies in the response the governments and the people took to beat Corona, but Corona has also challenged the basic foundation of both the capitalist and socialist worlds. Any easy answer to these would be a bit difficult to find but it may force our politicians and policy makers to re-strategies the priorities and solutions, adopting a more humane approach. Though that also seems much fanciful to desire. 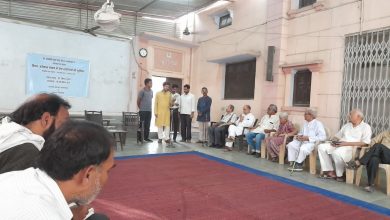