A recent bill approved by a US Senate committee, may empower the US administration to take action against the errant OPEC members, who are not ready to tow the US line on international oil prices.

After working on devising methods to counter moves by OPEC (Organisation of the Petroleum Exporting Countries) – the largest consortium of oil producing nations across the globe, over the last two decades considered detrimental to the US interests and having failed several times, the US lawmakers have at last succeeded in bringing about a legislation, which could effectively counter the OPEC hegemony and any challenge to the American authority on global issues.

The on-going Russia-Ukraine war, which has crossed seventy days, was the key element influencing the US lawmakers in coming together to formulate a piece of legislation, which could effectively handle any actions by the powerful OPEC lobby – both with and outside America.

A US Senate committee on 5 May passed a bill, which could expose the OPEC member states to lawsuits for collusion on boosting crude oil prices internationally besides controlling the production levels by them. The latest bill was moved by senators, Republican Chuck Grassley and Democrat Amy Klobuchar, and was passed 17-4 by the Senate Judiciary Committee.

The bipartisan bill, the “No Oil Producing and Exporting Cartels Act of 2021” or “NOPEC”, may strip OPEC and its member states owned oil companies from sovereign immunity that has protected them from lawsuits for decades. This means that oil states would no longer be immune from the jurisdiction of the US courts if they breach terms of the bill, if it finally turns into a law.

Now, the bill must pass the full Senate and House and be signed by President Joe Biden to become law. If passed, the US attorney general would be able to sue OPEC or its members, such as Saudi Arabia, in US federal courts. Other producers like Russia, which works with OPEC in wider group known as OPEC+ to withhold output, could also be sued.

Overall, not every US politician seems to be in favour of the bill, and it may face hurdles in the Senate and House. Republican Senator John Cornyn, from Texas -the top oil producing state in the US, opposed the bill, saying it could prompt OPEC to restrict shipments to the United States and urges the US companies to produce more oil and gas in America. This completely goes against the US policy of hoarding its reserves and restricting the extraction of petroleum in the US, keeping an eye on the long-term energy scenarios. American Petroleum Institute, the top US oil and gas lobbying group also opposes NOPEC.

What led to NOPEC?

Saudi Arabia and several other OPEC producers have recently rebuffed requests by the US and other European countries to boost oil production beyond gradual amounts, faced with falling Russian supply after its invasion of Ukraine and sanctions imposed against it.

OPEC+, which cut production when oil prices crashed to historic lows during the Covid pandemic due to decreased oil demand, agreed on 5 May to stick to its existing plans to reverse the curbs with modest increases for another month.

Basically, NOPEC is intended to protect US consumers and businesses from artificial spikes in the cost of petroleum, but some analysts warn that implementing it could also have some dangerous unintended consequences.

In 2019, Saudi Arabia threatened to sell oil in currencies other than the dollar if Washington passed NOPEC, a move that could undermine the dollar’s status as the world’s main reserve currency, reducing Washington’s clout in global trade and weaken its ability to enforce sanctions on nation states.

Meanwhile, analysts caution that NOPEC could ultimately harm domestic energy companies more. In reality Saudi and OPEC members produce oil much more cheaply than the US companies and if they are forced to flood global markets with more production, then the US oil companies may take a hit.

The NOPEC bill, if and when enacted, may immediately and dramatically inhibit actions or statements from OPEC specifically from its de facto leader Saudi Arabia. It would also straightaway leave Saudi Arabia and its oil entity ARAMCO open to being sued under the US anti-trust legislation, and may impact its future investments in the US.

The bill it seems was rushed through the Senate Committee, as a poll conducted by CNN last week showed that a majority of Americans think Biden’s policies have hurt the economy, while 8 in 10 say the government is not doing enough to combat inflation. Biden faces midterm elections in coming November, thus the window to control inflation is getting narrower for him and if he losses the majority in the House then he might not be able to run for the next presidential elections.

In addition the Saudi Crown Prince MbS and UAE’s Crown Prince MbZ have snubbed the Biden administration repeatedly, after their refusal to take calls by the US President to help reduce the prices of oil at the international level. So NOPEC has been rushed through to get back at these two princes particularly and the manner in which the US moves, a much larger action against these middle-eastern countries may take place after the end of the Russia-Ukraine war.

Ultimately, it could be seen as a move by the US administration to strike back at its previous friends turned foes, who on their part are focussed on their internal affairs rather than being seen as being bowed down under the US pressure, thus losing their allegiance at home and status at the international level. 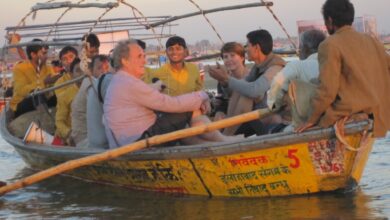 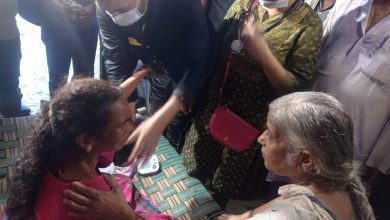 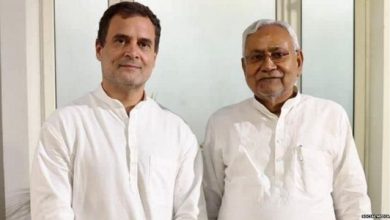