Recently I attended the National Webinar organised by Ministry of Environment, Forest and Climate Change, Government of India about Island Biodiversity, Conservation and Management. It was really very informative and useful Webinar. I am sharing my experiences with you.

Our country is endowed with very rich flora and fauna. Andaman & Nicobar being the hotspot of biological diversity deserves the focus of our attention. The total land area of all these islands is only about 8249 sq. km of which about 86 % is covered with lush green rain forests. Out of more than 9,100 species recorded in the islands, 1,032 are endemic, thanks largely to the geographic isolation of the archipelago.

Far removed from the mainland, the Andaman and Nicobar Islands in the Bay of Bengal support and nurture over a thousand species of animals that are exclusive to this part of the world, including some rare and endangered ones.Shedding light on the 1,032 species, the Zoological Survey of India has surveyed and documented these species that are found nowhere else on the earth, in the 2017 edition of the book Endemic Fauna of Andaman and Nicobar Islands.

Forming India’s southeast border, the 572 lushly forested islands of the archipelago harbour a total of around 9,130 animal species straddling both terrestrial habitats and marine waters; a mosaic of mangroves, coral reefs and seagrass beds. “Of these, 1,032 species are endemic to the islands, ie 11.30 percent. The high percentage of endemism is due to geographic isolation and changed ecological conditions,” said Director, Zoological Survey of India. 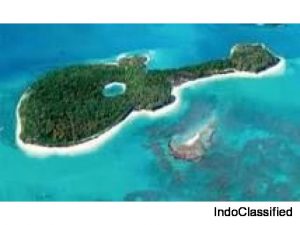 The islands shelter important species such as whales, dolphins, the globally-endangered dugong, saltwater crocodile, hornbills, marine turtles, seashells including the rare and endangered Trochus species, among others. Some of them, such as sea cucumbers, sea-shells, sharks, marine turtles, saltwater crocodiles etc. are under “severe pressure of overexploitation” from illegal foreign fishing boats and poachers.

The geography of the islands also adds to its vulnerability. While the northernmost Andaman Islands lie only 193 km (120 miles) from Cape Negrais, the tip of mainland Myanmar, the Great Nicobar which marks the southernmost tip of India, is located just about 200 kms northwest of Sumatra.

Ministry of Environment, Forest and Climate Change report on the “Issue Of Poaching in The Andaman and Nicobar Islands” states that the volume of the poaching has “considerably increased” over the years, in spite of the “best efforts by administration” to contain the menace.Natural disasters compound the issue. The December 2004 tsunami resulted in significant landscape changes, large scale destruction of forests and wildlife in the Islands.As for the future, a 2017 ISRO predictive modelling study showed forest cover to the tune of 2,305 km square (slightly more than the size of the island nation of Mauritius) in northeast India and Andaman & Nicobar Islands, could disappear by 2025.

The same study predicts a loss in forest cover by 2025 – from about 6,416 km square in 2013 to 6,169 km square for the Andaman and Nicobar Islands. According to former ZSI Director, inventories of endemic species and their population within the hotspots are scarce and very limited, and they are in urgent need of documentation.“Assessment of invasive and exotic species, analysis of population trends of flagship and threatened species, strengthening of the effectiveness and extent of coverage of protected areas and fire management strategies are needed urgently. It is important to establish long-term, consistent monitoring of climate change and its impact on biodiversity. Long-term monitoring plots need to be established in order to monitor the Nicobar Islands,” former director ZSI said.

The islands’ marine habitats host the majority of fauna (with 5,859 species). The rest of the species (around 35.82%) thrive on land. Interestingly, a high percentage of endemism is noted in the terrestrial fauna (24.95%, 816 species). Endemism in marine habitats is four times as low as of that observed in land, despite the marine environment supporting the major chunk of Andaman and Nicobar fauna. The high percentage of endemism in terrestrial fauna to the isolation of land masses and their faunal elements from each other while the low endemicity in the marine faunal elements is due to continuity of the water medium.

The non-endemic species reflect a fascinating mixture of taxa from Indo-China, Indo-Malaya and even subcontinental India. This is likely due to the fact that these islands represent submerged peaks what once was a hill range extending from Myanmar to Indonesia. Geographically these islands fall under the Indo-Malayan biogeographic regime, with Andaman bearing close biogeographical affinities with Myanmar and Thailand, while Nicobar has affinities with Indonesia and South-east Asia, which signifies the close proximity of the Sundaland biodiversity hotspot.

The terrestrial fauna is dominant with 576 insect species being endemics, followed by 88 land molluscs, 78 birds, 29 reptiles, 19 mammals and 10 arachnids species. What has mystified experts is “the absence of large mammals and presence of a sizeable number of endemics, particularly in higher groups.” Even though larger mammals are not distributed in these islands, sizeable number of endemic fauna exists with high diversity. This supports the theory that there is a greater tendency of speciation (species formation) among island fauna,” said ZSI joint director.

Take for example, the endangered Narcondam hornbill (Rhyticeros narcondami). The small, distinctive, dark hornbill with pale blue gular pouch and all-white tail, is endemic to the tiny 6.8 kilometre square Narcodam islands located far east of Andamans with an estimated population of little over 400. It is perceived to be among those vertebrates with extremely restricted distributions in the world.

The striking Andaman day gecko is endemic to the Andaman group. Its occurrence is interesting as its relatives are not oriental but Ethiopian. Of the marine vertebrates, fish are the most dominant with 1,493 species but the endemism is almost negligible: with only two endemic species.

There are no endemic species of marine reptiles and mammals in the island waters. All marine fauna in reef area is being surveyed by ZSI though diving expeditions. For marine surveys, the Line Intercept Transect methods are largely adopted for coral and its associated fauna as well as fauna of intertidal ecosystem.In deep sea waters, trawling operations, long line methods for fishes are applied and grabs and corers are tapped into for benthic fauna. To study the terrestrial fauna, transect method is used.Considerable endemism observed in the fauna in the A&N Islands is a characteristic of island systems.

“Documentation is important because it gives us a better idea of the richness and uniqueness of the place. Hopefully, the increased information and awareness will make the people and government realise the importance and value and contribute to conservation.

The unique characteristics that make island biodiversity so special also leave it particularly fragile and vulnerable. Despite the high levels of biodiversity and the prevalence of endemism, island species are present in relatively small numbers, making them very vulnerable to extinction. Furthermore, because island species have diminished dispersal capability and evolve in competition with relatively few other species, they develop survival strategies based on interdependency, co-evolution, and mutualism rather than defence mechanisms against a broad range of predators and competitors.

The most significant impacts of climate change are sea-level and sea-surface temperature rise. Because most small islands are low lying and have a large exposure of coasts in relation to landmass, as well as a high concentration of population in coastal zones, islands are extremely vulnerable to sea-level rise. Experts predict that average sea level could rise by as much as 21 centimetres by 2025 and 66 centimetres by 2100, leading to inundation, storm surge or shoreline erosion with the potential to destroy island economies. Sea-level rise will also cause increased salinity due to encroachment of the sea and saltwater intrusion into freshwater lenses, contributing to an increasing shortage of the water supply and loss of agricultural land.

Scientists predict that by the end of the 21st century, the Earth’s mean surface temperature will warm 1.4 to 5.8°C. The rise in sea temperature causes coral bleaching, which negatively affects fishes, sponges, giant clams, mollusks and other sea creatures, whose survival depends on reefs. As a result, the food security and economies of islands, which are largely dependent on marine ecosystems, will be negatively affected. 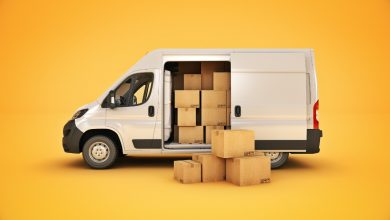 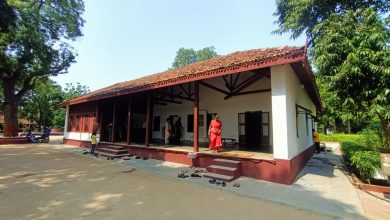 My Lord! Where is the rest of 99 acres Land of Sabarmati Ashram 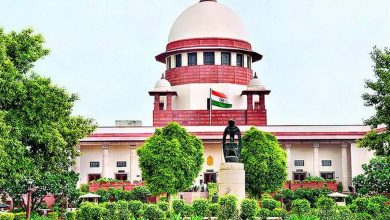 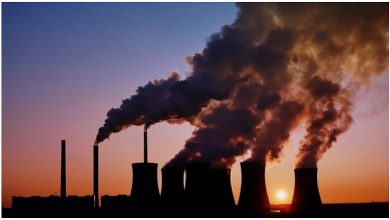