Experts are of the opinion that Implementation of the union budget 2021-22 is a major challenge and a lot more was required to be done to revive the economy.

Experts on Economy, Health and Education in India had anticipated different kind of budget this time because the pandemic had hit most of these sectors very hard. There was strong realisation that the government after serious introspection of the damage done will change its approach accordingly keeping in mind post-Covid challenges.

Many national and international experts were of the opinion that the pandemic will force the governments and the policy makers to redefine their policies, budgetary approach and pledge afresh to meet the post-Covid challenges. The pandemic has no doubt has exposed the emergency preparedness of even the developed nations. It is hereby important to find out from our experts that whether the budget is on their expected lines? Will the provisions formulated in the budget can ensure quick recovery and help to overcome the challenges we are facing at all fronts. Experts are of the opinion that a lot more was required to be done to revive the economy.

According to Prof Arun Kumar, who is the Malcolm Adiseshiah Chair Professor at the Institute of Social Sciences and was formerly a professor of economics at Jawaharlal Nehru University, “The budget was expected to take care of the problems that were there during the pandemic and the lockdown because the economy had collapsed. During lockdown there was voluntary cessation of economic activities and therefore in the month of April and May the economy declined by about 75 percent and it has been trying to recover since then. Even in the month of January because large part of unorganized sectors was still not able to recover like travel, trade and so on. I believe in January also the economy was down by at least 10 percent.”

He added, “My argument is that the economy declined not by 7.7 per cent this year but it will be declining by about 29 per cent. The demand in the economy is very short and because of the demand shortage business are not be able to run in their full capacity. So employment is down and investment is down. This was the challenge before the budget to ensure that the economy revives quicker. In coming year also, the economy will not fully recover back to where it was in 2019.  By taking correct steps budget could have improved the growth rate in the economy. This is where the budget is falling short.

Secondly there are disagreements about the fiscal deficit that being 9.5 percent but that has been brought down to 6.8 per cent. So that could have been another source of increase in the demand because by increase in fiscal deficit the demand in the economy increases. But this will also not increase the demand as compared to the current fiscal year. On both these counts the budget is short and will not be able to increase demand in the economy. Therefore the problem what we have seen this year is going to persists. The role of the government in increasing the demand is not going to be fulfilled,” Professor Kumar argued.

Similarly it was expected that the health sector will get much additional allocation because there is crisis of health. But there also the health budget has been brought down as compared to the revised estimate from about 83 thousand crore to about 75 thousand crores.

Dr, Amir Ullah Khan, Development Economist and former advisor to the Bill and Melinda Gates Foundation while reacting on the budget said, “As the FM spoke, it was clear that she was giving great deal of attention to the health sector, and rightly so.. It has been a bad year for all of us, during which we have seen large number of patients die waiting for hospital beds, ICUs and Oxygen cylinders. It was along expected lines therefore that the FM speaks of health being her biggest responsibility. She also announced a figure of 2.4 lakh crores for the health sector, which was unprecedented. However, when we look at the details, we find that the figure is less than half of that. At a time when the healthcare sector needed a huge hike in expenditure, the FM decided to ignore the demands.”

He added, “The intent of the budget is to achieve GDP growth through growth in infrastructure investment which is academically correct. However this has come with a jump in the fiscal deficit. The impact of this could be an increase in inflationary pressures in the economy, which could adversely impact the ability of the country to attract foreign capital.

The budget has not addressed the needs of the MSME sector or the migrant labor issues. The philosophy behind the budget is academically correct but execution will remain a major challenge.”

“A number of academics have expressed their mixed feelings on the Union Budget tabled in Parliament on 1st February, 2021. A big push on infrastructural investments is welcome. Past trends in private corporate investments is any indicator to go by, it is very clear that unless public investment is initiated, corporate investment may not follow the suit. The projected “V” shaped recovery is appearing more exaggerated than ground realities which are depressing,” said Dr Khan.

“I have not examined the budget closely but my overall view is that the Budget is pro-rich and dismantling public sector, said Dr Pritam Singh who is a Professor of Economics at Oxford Brookes Business School, Oxford Brookes University, Oxford, UK.   .

“It looked to me that the budget is based on two implicit assumptions. 1. Indian economy has a stable and well developed agricultural sector with about 15-20% of the population dependent on it. 2. The vast majority of the people in India (80% or so) live in urban and semi urban areas with non-agricultural jobs.

There is no serious attempt to develop the economy with a green core in order to save the planet,” said, Prof. Surajit Sinha, Professor of Economics, Department of Humanities and Social Sciences, IIT Kanpur.

On Budgetary allocation for educational sector, MM Ansari, former Indian government interlocutor on Jammu and Kashmir, Information Commissioner, member University Grant Commission(UGC) and professor of Economics said, “Union Budget 2021: The Central Government has approved and adopted New Education Policy 2020 with a view to equalising educational opportunities and improving quality of relevant education and training. While the education sector needed higher level of allocation of budgetary resources to fulfill the mandate of NEP, the actual allocation for education sector has been reduced by over Rs 6000 crore, which may prove to be a major impediment in effective implementation of NEP; as the vacant teaching posts at all levels, nearly 40% of the total requirements, may not be filled and S&T education may not get the needed support for enhancing quality of teaching and learning.”

He added, “Moreover, NEP 2020 has reiterated the government’s promise to raise educational allocation to the level of 6% of GDP. Against this, the current actual allocation is merely 2.8% of GDP, as shown in the Economic Survey 2021. In effect, thus, Union Budget 21 is disappointing from the view point of implementation of NEP and overall expansion and diversification of education and skills training, which in turn is critical for improving employability of youth and faster economic development.

Lack of adequate government support, as evident, will further increase privatisation and commercialisation of education, which will unduly spoil the chances of the deprived communities to acquire quality education to participate in mainstream development activities.”

Dr. Wasim Ghori, an award-winning UK Alumni with an MBA in International Health Services & Hospital Management from London South Bank University where he spent considerable time studying the National Health Service (NHS, England). He also serves as the Director for Healthcare at Indian Economic Trade Organization (IETO), Medical & Health Information Management Association (MaHIMA) and an Ambassador for Association of Healthcare Management Professionals (AHMP, India). On health budget, Dr Ghori said, “The government’s increased allocation for the healthcare sector is a welcome move as it will provide access to medical care for all in the country, fuel job creation and boost economic momentum.

The increased healthcare spending indicates the realization of how a healthcare crisis like the current Covid-19 pandemic can quickly spiral into an economic crisis for the nation. The increase in budget outlay for health and welfare by 137% as compared to the previous year will boost the public health and pharmaceuticals sector too.”

“The announcement of an all-inclusive approach through the launch of Mission Poshan2.0 to improve nutritional outcomes for children across 112 aspirational districts is a praiseworthy move.

The decision to set up integrated public health labs in all districts and 3382 block public health units in 11 states along with critical care hospital blocks in 602 districts and 12 central institutions is creditable and rightly addresses the need to reach the last mile population. However, more might be required in a country where the patient-doctor ratio is abysmally poor. Lastly, Union Budget 2021 will set the precedent for future budgets which will use this year’s allocation as a baseline for future initiatives,” said Dr Ghori. 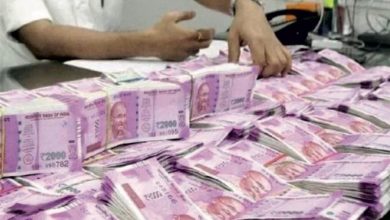 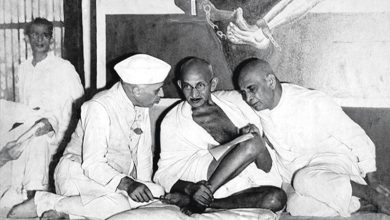 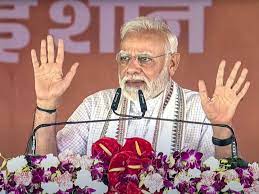 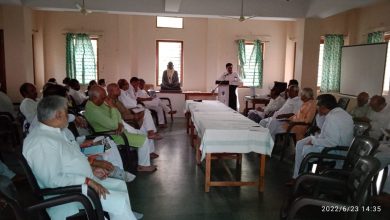