When the only cause for elation, even a smile in the morning, is news of the release of an innocent detainee with the words that his detention ‘was bad in law’, then democracy is indeed staring at its nadir.

We would have liked to call the judges who delivered this judgment.

Why? For doing their duty? For upholding a fundamental principle of the law?

That a man is innocent until proved guilty?

But how many judges are doing their duty today?

If they were, would Sharjeel Imam, Devangana Kalita and numerous others be rotting behind bars?

Here we do not even talk of the Bhima Koregaon/Elgaar Parishad case in which many intellectuals, journalists, advocates, professors and human rights defenders are in jail on charges similar to those levelled against Dr. Kafeel Khan.

Kafeel’s is no ordinary case

Kafeel’s is no ordinary case. Accusations made against him were never really about the ‘incendiary’ speech he is supposed to have made at Aligarh Muslim University.

It is well known that the deep corruption and mismanagement of a hospital in Gorakhpur where sixty children lost their lives for lack of oxygen, was brought to light when the man in charge—Kafeel Khan—disclosed the fact that earlier bills for cylinders were kept pending despite his repeated reminders resulting in total unavailability of oxygen in the hospital.

He was never forgiven for this and it was only a matter of time before the predator pounced on the prey.

He was arrested in 2017 for dereliction of duty and being engaged in privatepractice.

In 2018, Dr. Khan was released on bail as the court did not find him guilty of medical negligence.

When a departmental inquiry cleared him of all charges a fresh inquiry was initiated clearly suggesting that there was more to this case than met the eye.

The Uttar Pradesh government got another opportunity to nab him after his speech at AMU in December 2019 during the anti-Citizenship Amendment Act and National Register of Citizens movement when he was accused of promoting hatred and violence between different groups.

The UP police who have proved to be a total failure in controlling the situation of law and order within the state, displayed great alacrity in arresting Dr. Kafeel Khan from Mumbai and bringing him to Aligarh from where he was shifted to the Mathura jail.

He was charged with threatening the peace and tranquillity of Aligarh.

Before he could be released on bail after an order of Chief Judicial Magistrate in Aligarh, the administration slapped the National Security Act on him which further continued his incarceration.

The State Advisory Board extended his period of custody under the NSA.

It finally took a Divison bench of two High Court judges Chief Justice Govind Mathur and Justice Saumitra Dayal Singh to set aside his detention as well as extension terming them unsustainable in the eye of the law, clearing the way for his release.

What the police thought was a provocative speech, the Judges described as ‘a call for national integrity and unity.’

What can be a more stark example of the venality of police action.

The police’s role has been damaging to the self-esteem of this professional service.

Dr. Kafeel Khan has proved that he is a dedicated and conscientious paediatrician.

It is unfortunate that the government instead of using his services in a time of pandemic, chose to keep him in jail.

All judges are aware of the fate of Justice B.H. Loya

All judges are aware of the fate of Justice B.H. Loya, who died under mysterious circumstances in 2014 when he was hearing the case of the (fake) encounter of Sohrabuddin Sheikh in which Amit Shah was an accused, and of Justice S. Muralidhar who was transferred to High Court of Punjab and Haryana on the night of the day that he took Delhi police to task for not registering a First Information Reports against three BJP leaders who had made provocative speeches which were followed by communal riots in Delhi in February, 2020.

Also the prospect of rewards for ‘services rendered’ at all times looms large and indeed comes to fruition as we have recently witnessed.

It takes a Dushyant Dave to (want to) say to a retiring judge:

“May I pray to Lord Mahabaleshwar to bless you with strength to introspect and stir up your conscience.” (Indian Express, September 3)

As we know, though invited to the function as the President of the Supreme Court Bar Association, he was not permitted to speak at Justice Arun Mishra’s farewell.

This was immediately after the contempt of court case against Prashant Bhushan in which Dave was Bhushan’s advocate pleading before a bench presided over by Justice Mishra.

Thus whereas politicians and members of the public – those members that care – are quick to cry out against witch hunts and vendetta politics, we write in the belief that it is also necessary to salute those in the legal system who are willing to speak truth to power and deliver the sort of justice the citizens of this country deserve.

It will take another set of intrepid judges to not only reinstate Dr. Kafeel Khan in his job, but even more consequentially, to set aside the case under NSA against him.

If this happens, it could serve as a precedent, setting in motion the release of other innocents in jails.

We commend the Allahabad High Court judges for preventing gross injustice at a time when the public perception of the independence of the judiciary is under a dark cloud of mistrust.

May their tribe increase! 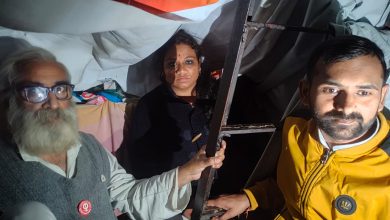 THE PROBLEM OF UNEMPLOYMENT 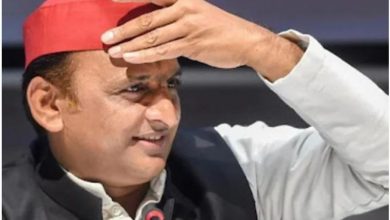 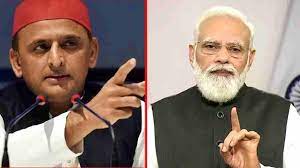 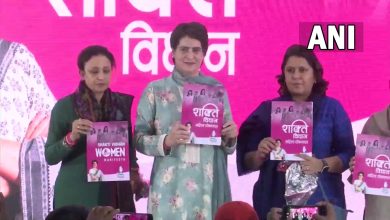