Though India has achieved independence from the British Rule 73 years ago, yet the question of her unity is important as ever. The stability and progress of any country depends on social and communal harmony as much as her political strength. And in a multicultural country like India, the national unity can never happen without the unity and integration of her countrymen.

India is a resourceful nation with 394.6 million acres of arable land. Despite inadequate drinking-water at the global level, India has, besides a number of lakes, ponds and tanks, 10, 360 rivers and their tributaries longer than 1.6 kilometer as sources of surface water. Along with enough success in the field of energy-power, available coal, iron and thorium reserves themselves prove country’s capability to step forward continuously on the pathway to development. On the basis of these sources-resources India has immense possibilities of growth in various walks of life.

Unlimited manpower is available in India. The country is gifted with the solution to the scarcity of manpower at the global level. In this regard, India can lead the globe; it is fully capable of bringing fundamental change in the world. Large population is, although, a serious and challenging national problem; even then 1, 35, 00, 00, 000 hard-working people of India can bring a revolution in the world. This reality is not hidden from anyone.

Indians are full of intelligence and skills. For centuries, Hindustan has been established as a spiritual Vishwaguru; since ancient times it led the world in the fields of science, literature and art. Kashi, Nalanda, Vikramashila, Vallabhi, Taxila, Udayagiri, Odantapuri, Sompura, Jagaddala, Lalitagiri, etc., are among those universities –centres of higher education and learning where in ancient times the people from Japan, Korea, China, almost all nations of Southeast Asia, Sri Lanka and Tibet used to come to study and research in various fields. This list of universities well proves India’s leading state in the field of knowledge and discovery –its status as a Vishwaguru.

Currently, there are more than six million graduates and postgraduates in India. Along with this, there are more than one hundred fifty thousand graduates, postgraduates and researchers in different branches of medical science. Despite many flaws in the system, these figures are enough to divulge India’s advanced position in the field of education. Further, approximately 5, 00, 000 professors, readers and lecturers are teaching in the institutions of higher studies and research –working in universities and affiliated colleges.

Indian culture and civilization have for thousands of years inspired people all over the world; calling one and all for ‘Live and Let Live”–with co-operation, co-ordination, harmony, both remained ideal for them. Without any discrimination, having forbearance and tolerance as nuclei they accepted all those came on Bharatbhoomi for their welfare. Especially, Indian culture once adopted by one –who sincerely embraced its basics, she/he became an Indian forever.

The strength of India lies in her basic philosophy of universal unity, which means that the unity, integrity and prosperity of India is dedicated to the welfare of one and all in the world. India’s development denotes the progress of humanity. The pages of Indian history of thousands of years well disclose the liberal pattern of progress of India. These pages clearly divulge India’s records in all walks of life –art, astronomy, chemistry-physics, geometry, mathematics, medicine, space science etc. Achievements in literature, and high cultural values of India, which remained committed to the prosperity, safety and wellbeing of everyone on this planet calling all to step forward unitedly on the pathway to the development are also revealed by these pages of history.

Through knowledge and discoveries –works and unprecedented achievements of great Indian Maharishis Sushruta, Charaka, Patanjali, Panini, Aryabhata, Bhaskara etc., and many others of the later periods, not only India, but the whole world remained benefitted and still getting benefitted.

History is in witness. The pages of history are public. They are before everyone, general and elite, to study and review. So, whatever has been said can always be assessed severely and critically. These facts to be analysed by an ordinary one like me will not be appropriate. Only thing quite worthy of mention here is that the unity, solidarity and prosperity of India had never been, and is confined to progress, prosperity and welfare of Indians only. It concerns everyone on this planet; it is eventually dedicated to the universalism. The whole of humanity is within its ambit.

Therefore, when there is a talk about India’s unity and prosperity, it should not be taken lightly or by a narrow outlook. No one should be prejudiced to it; rather, one must be pure hearted towards it keeping in the centre an ancient Indian slogan of “Vasudhaiva Kutumbakam”.

There are four bases –threads of national unity of India on the strength of which along with unity, her integrity, prosperity and consolidation could be ascertained. These four bases or threads are:

Caste system in India is a curse. It divides Indian society in approximately 4000 parts and subparts and for centuries it has caused great loss to the unity and prosperity of the nation. Discrimination among fellow-beings, violation of the natural right of equality and exploitation of man by man resultantly disparity in society are the effects of caste system. Therefore, concrete work towards the formation of a casteless society is the first necessity to ascertain national unity and real prosperity.

India is a land of different faiths and communities. Along with respect towards the Sanatana values of India and its welfaristic national culture, harmony among the people is another foremost need in this regard.

The last, not the least, a mature national political approach is the burning demand, which can play a decisive role in assuring national unity, integrity and prosperity. Only such an approach can only pave the way to ascertain women’s empowerment, harmony among communities and the establishment of aequality-based society.

On the basis of these four important threads, India can weave a better future for the coming generations. National unity can give us a common vision and a common approach to put our energies together for a common goal, i.e., to make India the reformer and transformer of mankind –a Vishwaguru.  As the great leaders lead by example, so will India lead by staying integrated and united. And it is the duty of each one of us to strengthen our country by handholding and harmonizing. 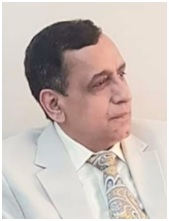 Dr. Ravindra Kumar: A Padma Shri and Sardar Patel National Awardee Indologist Dr. Ravindra Kumar is a Former Vice Chancellor of Meerut University. He is a prolific writer, a political scientist having over 100 works on Greatest Indians, Indian culture, education and international relations to his credit. Currently he is an Ombudsman of Swami Vivekananda Subharati University, Meerut. he is also the Editor-in-Chief of Global Peace International Journal.