The events, which unfolded over the last few days and virtually, left the whole nation aghast-the pictures of a vast multitude of ordinary Indians fleeing the large metropolises and in particular Delhi, has given birth to many unanswered questions about the shape in which our country has transformed into.

The ordinary Indian citizen is forced to ponder whether these migrant and poor labourers and their families decided to flee the cities as the end result of an announcement which put the whole country into an unexpected lockdown, without any background preparation or how to manage the emerging chaos resulting out of it.

The ordinary Indian citizen consoles himself that perhaps the government acted in haste to make the whole country secure from the threat of Corona pandemic, which has engulfed the whole world. But the resulting absence preparation or management of how the families were going to feed their members, take care of patients and milk-fed infants, were the factors, which were perhaps not taken into account, when the lockdown was enforced. The decision was made to make the vast multitude of Indians safe from the clutches of the virus, but perhaps a little bit of homework was called for before taking such a major decision.

The ordinary Indian citizen takes heart by the fact that the response of the rest of India to handle this situation was phenomenal. Everyone without any distinction of class, religion or age worked out plans to supply the affected families, both forced into homes due to the lockdown and those fleeing the big cities in absence of any prospect to earn or get food. 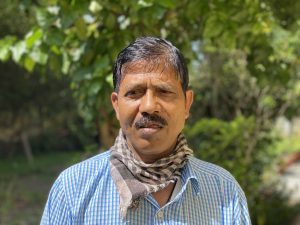 However, coupled with this the ordinary Indian citizen also surmises that right from independence till now, we, the ordinary Indians, have contributed to the growth of the country as a common labourer, common agriculturist, common clerk and a common and honest tax payer and have supported the government of the day to carry out innumerable relief activities, whether it be for a war cause or for handling the natural calamities. The ordinary Indian citizen takes heart in the fact and feels proud that he has have never failed their polity at any such time

This further leads the ordinary Indian citizen to wonder that where exactly all the money, which the ordinary Indians contribute through various direct and indirect taxes, is spent. Correct, it is used by the governments to provide us with roads, railways, bridges, health services, etc. But apart from various taxes we also pay for various tolls, special cess and surcharges also. So, an account should be provided to show where all our money really goes.

The ordinary Indian citizen also wonders that apart from the polity, what our big business groups have done to lessen the woes of the ordinary man, in addition to the ordinary doctor, nurse, para-medical staff and members of other essential services, who are looking after the Corona-affected. The ordinary Indian citizen can notice only a handful of big corporate houses announcing donations for the Corona-affected, but really wonders that how much of it will reach to the really deserving. In countries like the UK, big businesses apart from contributing to the government efforts are also pitching-in to give special rebate to the members of the medical and essential services, at nominated establishments, in an effort to ease their hardships. Hope this could be copied in our country also, when the big business could be seen really standing with the ordinary Indian citizen.

Throughout decades the ordinary Indian citizen has donated the money, at the single call of the polity, which he might have saved for his daughter’s marriage or education or his own faith journeys etc., to various funds formed under the office of various politicians, but we have never come across cases of any public figure donating his or her savings or even monthly earnings to such noble causes. Though they continue to enjoy the trappings and luxuries of the post to which they have been elected to, apart from a generous pension and other perks which they continue to enjoy even after moving out of office, which their fellow politicians have voted for over the period of time. Thus, the ordinary Indian citizen is forced to ponder why? 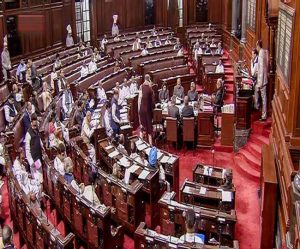 The ordinary Indian citizen ponders another related question also; that why our politicians always act in unison whenever there is any matter related to their welfare, both while in office and when out of office. We need to examine the need for palatial bungalows, swank cars, free telephone, water and electricity connections on top of tax-free salaries for our politicians while they are in office and generous post retirement packages when they are not serving the countrymen any more. More in absence of any welfare policies for the ordinary Indian citizen post his productive years

The ordinary Indian citizen is forced to conclude that perhaps all this has happened due to his own complicity also. Over the years a large number of ordinary citizens have completely given up the choice of being a rational and questioning individual and have instead began to rely on a narrative, which is full of inconsistencies and irrational thought or view. He has become a victim of his own non-questioning approach and attitude and bowing his head to all illogical hyperbole, as this offers us an easy escape route and most important absolves him of his duties also.

The ordinary Indian citizen, perhaps in his ignorance, also believes that the narrative was distorted by the class which assumes that getting the votes of the ordinary Indians allows them to enjoy a lavish lifestyle, which a vast score of Indians can’t even dream of, and further question.

The ordinary Indian citizen further surmises that the political class in most of its actions has been helped a lot in India by the judiciary and media. Two other major pillars of a functioning vibrant democracy.

The role of media during the current scenario has also come under the lens of the ordinary Indian citizen. Instead of acting as a medium which supplies correct and factual picture of the events happening around us, it has chosen to do the bidding of its political masters unquestioningly and sometimes even distortedly.

All the events unfolding through the last fortnight forces the ordinary Indian citizen to question, whether this was the real India which our founding fathers wanted us to build or not. If not, then it becomes the responsibility of the ordinary Indian citizen to set the record straight and ask our political masters some unsavoury questions so that he can restore the country back on its right path.

Note : These are personal views of the writer. 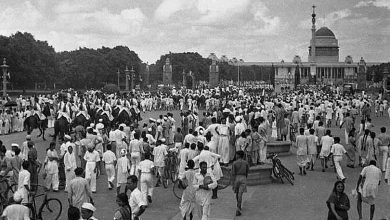 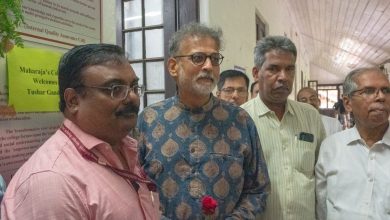 Call for Quit the Politics of Hatred