Whatever you may call me, an old-timer or a puritan I am among those who do not consider social media as media. I do not have anything against social media per se but my objection is to the nomenclature. It will be all right if you call it social discourse, social dialogue or even better vox populi. If there is a compelling urge to call it media you may as well call it personal media or my media. But when you say social media it looks like some media product that is coming out of an organized and professionally run set-up and this causes a lot of confusion. Because of this confusion professionally trained and gainfully employed media persons, who work so hard to produce media content, are bracketed with rank outsiders. 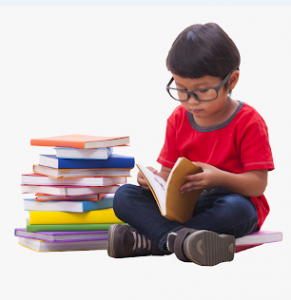 As we ought to know messages on social media platforms are the thoughts, wise or unwise, of individuals who are accountable to none. Thus to view their messages as content of media is like calling the verdict of musclemen sitting as judge in a dispute between two parties as judgment. Let us understand it clearly once for all that no genuine media content can be produced without team work and gate-keeping. All rest is anything but media.

However, social media, as we have come to know it, serves a very useful purpose – it gives you an idea of public mood and lets you know which way the wind is blowing. The institutional media, print or broadcast, often does not tell about the ground reality so accurately. The reason is that journalists working for newspapers and TV channels are too busy to get time to interact with man in the street and if they are of the “committed or compromised“ variety then it is all the more difficult to trust them as true mirror of public mind. Here social media can help you.

For the journalists of my generation who did not have the benefit of formal media education and had no idea of what communication research was the only way to get news was to meet as many people as possible. We knew that the real news source for a good reporter are the man in the street and not people in high positions who will either try to hide the news or plant something on you.

Since as an old-timer I am also given to make my assessment of public mood on unconventional sources, I consider social media as one such very good source. Hence I read the posts on social media platforms very carefully and as a rule do not block or unblock anyone.

The posts I have been getting on Whatsapp and Facebook in the past three months or so are a bit intriguing and I am a little confused. I hope I am getting the message right without any bias or prejudice.
Among other things I have witnessed the following five trends on social media which indicate a change in public mood:

• The criticism of the so-called Nehru Gandhi dynasty is much less now and the lampooning of Rahul Gandhi , the favorite Pappu of professional Gandhi family baiters has come down from around 90% to 10%.
• Prime Minister Modi who was a sacrosanct figure and any word against him was considered blasphemy is now being questioned and caricatured. His adulation is largely missing from the posts now.
• It was really a pleasant surprise to see exchange of so many Eid Mubarak messages from so many Muslim and non-muslim friends. I wonder if the hate campaign has seen its peak and its graph has started flattening. If I have read it right there can be no better news for us in these depressing times.

*As compared to previous years this year many more and highly sentimental tributes were paid to Rajiv Gandhi on his death anniversary. Some posts also mentioned his love story with Sonia Gandhi and paid tributes t o her sacrifice and courage. This was a little surprising in view of the ruling dispensation’s continued hostility towards her.
*There were also a lot of complimentary messages on the death anniversary of Pandit Nehru who is the enemy number one of the Establishment of the day.

I am not sure if I have been reading the social media messages right. If I am right, certainly there are signs of people’s disillusionment form a leader and his government which promised them moon but has led them to severe hardships. They say that Hindu Goddess Laxmi, which denotes wealth and prosperity, is chanchala (quick moving) and does not stay at one place for long. If there had been a goddess of politics it sure would have been more quick moving than Goddess Laxmi.

I wish that my young friends in media education and training centres, who are more qualified in communication research and use of IT software than media persons of my generation, study public opinion trends and enlighten us. Such studies will certainly help put social discourse on the right track.

The author, a veteran journalist and a former Professor at IIMC, New Delhi, is editor of Mediamap, a monthly thought journal on current affairs.

For further reading and comments pleases follow the link http://mediamapblog.blogspot.com