Greetings from Harijan Sevak Sangh, founded by Mahatma Gandhi in 1932 ! Hope you are all fit and fine as well as busy with your preoccupations.

We are all passing through a very critical second phase of Pandemic COVID-19. Lakhs of families are losing their near and dear ones everyday. Hospitals, Health Centers are running out of their limitations. Lack of medicines, oxygen, vaccination and other necessary medical facilities are a major headache of each and every citizen.

Now I want to highlight one of the serious consequences facing by our entire civil society. It is the problem regarding our Mother Ganga. Originating from the Gomukh glacier, it traverses through the Gangetic plain of North and East India covering 2525 Km becoming the lifeline of crores of population.

The river has great mythological importance and has its mention in the Puranas and the two great Epics, the Ramayana and the Mahabharata. We regard the river Ganga as our Mother Gange. Its sacred waters are used extensively in various religious rituals and is believed to be pure and purifying. Besides religious purposes, lakhs of people bathe in the river regularly, its water is used for drinking and the river is the abode of more than 350 species of aquatic animals, many species of reptiles, mammals and the house of the almost extinct Gangetic Dolphins.

Our river Mother Ganga is worshipped every evening through Ganga Arati in various Ghats of the river through its entire course, the most elegant among them is the Arati at Varanasi, Uttar Pradesh.

In spite of all these religious and ecological factors, the picture of our today’s Mother Ganga is pathetic. Hundreds of decomposed corpses of Corona affected patients are floating in the heart of the Ganga at Uttar Pradesh, Bihar etc., which is not only visual pollution but is polluting the Ganga, its tributaries and distributaries immensely. It’s an utter failure of the respective State Governments but still they should wake up from their silence and take major action to save Mother Gange and Her children.

Families of economically backward patients being not able to bear the cost of burning the dead bodies of their kin are immersing their dead bodies in the river water or burying them in the river banks. These incidents are highly objectionable. Our Indian Constitution clearly depicts the Right to Die with Dignity as a Fundamental Right. It describes Right to Life under Part-III (Article 21) of the Indian Constitution is one of the most basic natural Right of the human beings. Article 21 prohibits person from deprivation of his life or liberty except according to the process established by law.

Undoubtedly we are passing through a very disastrous phase and thousands of persons are dying everyday in each state. There is rush in the Burning Ghats and Grave Yards. But that does not mean that Governments would allow throwing the dead bodies in the rivers. It is sheer brutality of the Medieval period.

I feel shame that we speak so much of the holiness of Mother Ganga, celebrate Namami Gange but when today hundreds of corpses are in the lap of our Mother, we are so silent.

I would urge upon you to take up the matter urgently and with utmost importance, so that these types of incidents never get repeated. It is a matter of shame on the part of our Nation in the international scenario.

Harijan Sevak Sangh appeal to Your Excellency to extend your Good Offices to the Administration in order to save Mother Gange and we strongly believe that alike past, this time also you would definitely take measures in this regard.

Under these circumstance, we have also called on all Religion Heads, Inter-Faith Leaders, Intellectuals and Civil Society Organizations to come forward and spread awareness among the masses of the intense pollution of Mother Gange and may also move the Central, State Governments and District Administrations to take stern action against such brutal acts. We have urged upon all that we should come forward irrespective of religion, faith, colour and sex and save our Mother Gange from this disaster. We highly expect their affirmative action in this respect. 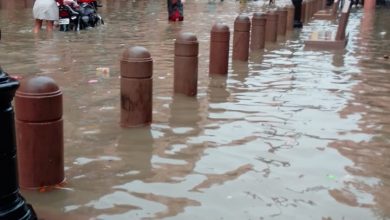 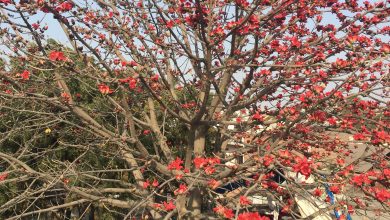