The recent rapprochement between Qatar and Saudi Arabia, UAE, Bahrain, Egypt and other GCC members may have positive fallout on the regional relations and balance of power.

With Saudi Arabia and Qatar signing a friendly bond that ended the three-year long economic blockade, which Riyadh had imposed on its tiny Gulf neighbour, regional observers see it as a springboard for achieving a greater regional partnership in which other regional players could be brought in to stabilise the Middle East.

Saudi Arabia and the United Arab Emirates (UAE), the two most influential members of the Gulf Cooperation Council (GCC), severed ties with Qatar in mid-2017, alleging that Doha supported terrorism, maintained ties with Iran, permitted Turkey to establish a military base on its soil, supported the Muslim Brotherhood (MB) movement in Egypt and more.

However, the latest development may augur well for the regional and pan-Arab relationships.

Turkey’s relationship with the Arab world

Turkey’s relationship with Arab states and in particular with Saudi Arabia has always remained thorny and knotty, with both sides trying to outdo each other and don the mantle of leading the Islamic world. Nevertheless, Turkey was one of the first countries to welcome the reconciliation between Qatar and Saudi Arabia on 4 January. The Turkish foreign ministry, in a written statement welcomed the reopening of land, air and sea borders between the two countries, expressing hopes of a comprehensive and lasting solution and that the GCC would lift all other sanctions against the Qatari people as soon as possible.

Turkey conveyed a more important message in the last sentence: “Being a strategic partner of the GCC and attaching great importance to the security and stability of the Gulf region, Turkey will continue to support all efforts in this direction.”

The special relationship between Turkey and Qatar and the former’s troubled relationship with the UAE and Saudi Arabia may change the dynamics for Turkey. Turkish observers believe that the resolution of the problems between Qatar and the GCC will have a positive effect on Turkey’s dialogue with the UAE and Saudi Arabia. However, Turkey may adopt a different approach dealing with the two.

Ties between Turkey and Saudi Arabia nosedived after the brutal slaying of Saudi dissident journalist Jamal Kashoggi at the hands of a Saudi death squad in Riyadh’s Consulate to Istanbul in 2018.

However, in recent months, both sides have warmed-up to each other. President Recep Tayyip Erdoğan spoke on the phone with King Salman on the occasion of the G20 Summit, last November, while the two countries’ foreign ministers held in-person meetings on the side-lines of international summits.

On the other hand Turkish-UAE relations are more complicated, and even Turks are flummoxed by this hostile attitude. As such it seems that the Turkish and UAE relations might not be resolved in the immediate future. At a press conference last week, Turkish Foreign Minister Mevlüt Çavuşoğlu described the UAE’s stance toward Turkey as “unfriendly” and he said he did not know why the country was pursuing such an anti-Turkey policy.

The ties between the two countries nose-dived after the coup d’état in Egypt that practically killed the Arab Spring. Abu Dhabi accuses Ankara of supporting the MB although Turkey says it does not differentiate between MB-led governments and others. This spat has had repercussions on Turkish relations with other countries in the region too, from Syria to Libya and from Yemen to Sudan and Somalia.

The Qatar-Saudi spat also casted its shadow on several regional and international issues, including the conflict in Libya. Libya continues to be one of the top conflict zone of the region. In the conflict Saudi Arabia has chosen to side with warlord Khalifa Haftar, whereas Qatar supports Haftar’s rival, the UN-recognised Government of National Accord (GNA) in Tripoli, and this had caused friction between the two Arab nations.

Ankara-based political analyst Dr Ali Bakeer, appearing on TRT World cautioned that one should avoid drawing any hasty conclusions on the future of the Libyan conflict in light of Qatar-Saudi rapprochement. As per him neither country is a main player in the Libyan conflict.

Commenting on the regional repercussions of the accord, Dr Bakeer further opined that better Saudi-Qatari relations would mean a better Saudi-Turkish relations. These three countries have the potential to tilt the regional balance towards them and if they are able to bring in Egypt too, this can help in minimising other regional inter-conflicts Dr Guma Al Gamaty, a Libyan academic and politician who heads the Taghyeer Political Party in Libya, opined on TRT World that in light of the rapprochement, he expects “less antagonism” from the GCC towards the internationally recognised GNA in Libya. According to Gamaty, Saudi and its GCC allies had grown wary of the GNA because it believed Qatar was backing it along with Turkey.

As the UAE has been accused of playing a divisive role in the Libyan peace process, Gamaty said the Doha-Riyadh reconciliation has a potential to turn Abu Dhabi into an irrelevant regional player.

Following the Doha-Riyadh patch up, Khaled Al Mishri, the head of Libya’s High Council of State, welcomed the move, saying a comprehensive Gulf reconciliation may contribute to the accomplishment of the United Nations’ efforts to reach a political solution to the Libyan crisis.

In short, this new development in the Gulf could also have a positive impact on Turkey’s ties with Saudi Arabia and the UAE, as well as the wider GCC members, depending on mutual willingness. Besides the new American administration will be very vigilant in its approach toward the Middle East and the Gulf as it prioritises Iran, and in initial days may focus more on Iran as compared to other Arab states, which it seems as more amenable to its new policies. Indications in this regard have already been shown by the Saudi leadership and other Arab states may follow suit, once Biden is firmly in the saddle.

Asad Mirza is a political commentator based in New Delhi.
He was also associated with BBC Urdu Service and Khaleej Times of Dubai.
He writes on Muslims, educational, international affairs, interfaith and current affairs.
Email: asad.mirza.nd@gmail.com 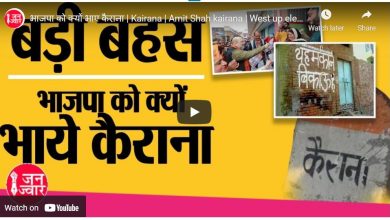 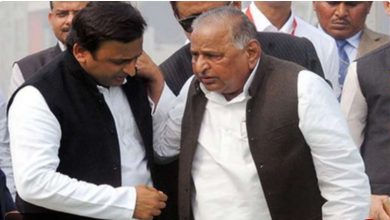 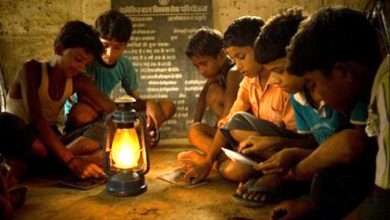 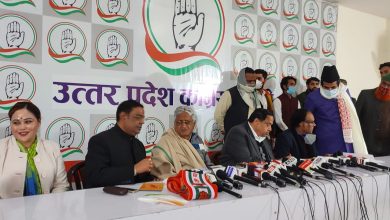