On Tuesday, 22nd September the Division Bench Of Justice Pritinker Diwaker and Justice Subhash Chandra Sharma has ordered to apprise the Court about latest progress in the investigation of missing BHU student Shiv Kumar Trivedi who disappeared from Lanka Police Station, Varanasi on 13th February 2020.

Amit Pathak, S.S.P., Varanasi who appeared personally second time before the High Court in aforementioned matter submitted before the Allahabad High Court that a special team has already been constituted and efforts are on to search the missing BHU Student, namely, Shiv Kumar Trivedi.

The Division Bench of Allahabad High Court was hearing the PIL filed in relation to a missing student from Varanasi, who allegedly disappeared from the Police custody of Lanka Police Station more than Seven months ago.

Earlier on 18thAugust, SaurabhTiwari an Advocate and alumnus of the Banaras Hindu University (BHU) had sent a letter Petition to the Chief Justice of Allahabad High Court, highlighting the plight of a poor father, who has been unable to establish contact with his son Shiv Kumar Trivedi, a 2nd year B.Sc. students at BHU, ever since February 13, 2020. Chief Justice Allahabad High Court took suo-motu cognizance of the letter Petition on 19th August 2020 and issued the notice to DM and SSP Of Varanasi.

On Tuesday hearing, Varanasi SSP  submitted before the Court that the police is sincerely making efforts to get the whereabouts of the missing person. He further submitted that suitable departmental action has also been taken against erring officers.

He informed the court that some reasonable time be given to him so that further efforts can be made for searching the missing person.

Talking to media persons outside the Court premises, Advocate SaurabhTiwari said that during the hearing of the matter on Tuesday (22nd September), SSP Varanasi, AmitPathak admitted before the Court that the missing Student was brought to Police Station and he was in fact, disappeared from Lanka Police Station (Varanasi).

The Court’s order of Tuesday (22nd September) states that Advocate SaurabhTiwari submitted before the Court that he may also be permitted to meet the S.S.P personally so that he can also give suggestions to the police for searching the missing person.

However, during conversation with Media Swaraj, Advocate SaurabhTiwari claimed that this suggestion (to meet the S.S.P personally), in fact, came from the side of the Bench.

Notably, Advocate SaurabhTiwari who is appearing Petitioner-In- Person has been demanding a CBI probe into the matter. According to Advocate Tiwari, on the last 2 dates (i.e., on 03 September and on 25th August) the Bench had orally observed that if the local police is unable to find the missing student, it should be ready for a CBI probe in the matter.

On the said date, some responsible officer on behalf of the S.S.P, Varanasi has been directed to remain present in Court who will have to apprise the Court about the latest progress in the investigation.

Significantly, the Allahabad High Court on Tuesday (25th August) had slammed the Police authorities for filing a ‘vague affidavit’ instead of giving a complete statement of facts that led to disappearance of a BHU student from Varanasi.

The Division Bench comprising Chief Justice GovindMathur and Justice SaumitraDayal Singh had directed the Senior Superintendent of Police, Varanasi to remain personally present in the Court on the next date of hearing, i.e. September 3, 2020.

Further, on the ,3rd September division bench led by Justice S.K Gupta had refused to grant personal exemption to the Varanasi SSP to remain present before the Court in person, in connection to this case.

The Division Bench comprising Justice SK Gupta and Justice Shamim Ahmad took on record the affidavit filed by him and directed the Petitioner to file the rejoinder affidavit by next date.

Facts, as averred in the Letter Petition

Notably, as per the facts averred in the letter, Trivedi was picked up by certain police personnels from the M.P. Theatre ground, BHU on the said date and was taken to the Police Station Lanka, District Varanasi. Ever since, there has been no sign of the student. His father made several complaints to senior police officials of Varansai, registered IGRS complaints, etc. but in vain.

It is pointed out that Trivedi was picked up from the Theatre ground on the basis of a 112 call made by a fellow student, who reported that Trivedi was standing there in an unconscious/unusual way. However, the Police kept denying that Trivedi was at the Lanka police station until production of proof of dial 112 call detail.

As per the letter, the police have now accepted that Trivedi was in Lanka PS on the intervening night of February 12 however, it has not given any further detail of the missing student. 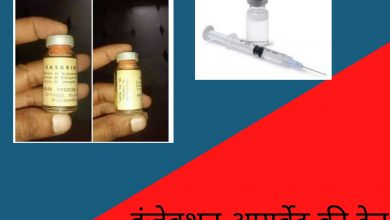 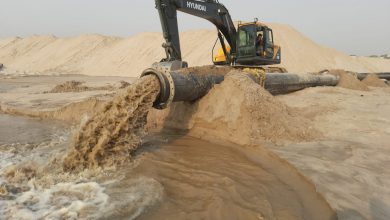