The seesaw like relations between India and Nepal, have taken a nosedive for the worse, during the last fortnight. The immediate provocation is the long-standing territorial issue surrounding Kalapani, a patch of land near the India-Nepal border, close to the Lipulekh Pass on the India-China border.

However, the underlying reasons are far more complex. Yet, Nepali Prime Minister K.P. Sharma Oli’s exploitation of the matter, by raising the banner of Nepali nationalism and painting India as a hegemon, is part of a frequent pattern that indicates that relations between the two countries need a fresh start

The boundary dispute between the two neighbours escalated since Nepal released a new political and administrative map depicting Kalapani, Limpiyadhura and Lipulekh, the territories that India also claims as its own, within Nepal’s borders.

The map was issued in response to the Indian inauguration of a road that passes via Lipulekh to connect Kailash-Mansarovar in the Tibet Autonomous Region of China. The road-link was inaugurated by Defence Minister Rajnath Singh in Uttarakhand’s Pithoragarh.

Nepalese Foreign Minister Pradeep Kumar Gyawali had immediately summoned the Indian Ambassador to Nepal, VM Kwatra and handed over a diplomatic note to protest against India inaugurating the key road. On May 9, India stated that both sides will sit for talks, once two societies and governments have successfully dealt with the challenge of Covid-19 emergency.

But Nepal rejected the offer and said that it wants immediate talks with India and unilateral action in the disputed area should be halted. Later the situation turned more serious after Indian army chief M M Naravane pointed out third-party instigation and the Indian media squarely blamed China for the dispute.

In a conciliatory tone, New Delhi on Thursday last, responded to Kathmandu’s calls for dialogue to settle the boundary row, reiterating that India attaches great importance to its friendly relations with Nepal.

By altering the country’s maps to show these three areas that lie in Pithoragarh district of the Indian state of Uttarakhand, as Nepal’s territory, Kathmandu has adopted a stand from which a climb-down may leave it embarrassed.

Nepal, under Prime Minister K.P. Sharma Oli, who is considered to be China’s acolyte, has hardened its stance on its demand for 335 square kilometres of land covering Kalapani, Lipulekh and Limpiyadhura that lies beyond its extreme northwestern border.

The popular perception is that PM Oli took a strongly nationalistic stance in order to stave off a serious challenge to his position from powerful rivals within his own Communist Party of Nepal (CPN) and to divert attention from his mishandling of the Corona pandemic.

Genesis of the dispute

Nepal’s problem with India’s control over Kalapani is not new — it was first raised when Indian Prime Minister IK Gujral visited Nepal in 1997.

During his stint as foreign minister under Deve Gowda, Gujral had came up with what is called the ‘Gujral Doctrine’, an ingenuous and altruistic set of principles to guide India’s relations with its immediate neighbours.

One of the salient features of this ‘doctrine’ was unnecessary and damaging (for India) beneficence to Bangladesh, Bhutan, Nepal, Sri Lanka and Maldives. Gujral proposed that, India should accommodate all demands of its smaller neighbours and give with an open hand without asking for or expecting any reciprocity, like a Big Brother.

Nepal took full advantage of Gujral’s misplaced altruism and raised the demand for Lipulekh and Kalapani. Instead of telling the then Nepalese government squarely that the demand is unjustified, Gujral accepted Nepal’s contention that the area is disputed and agreed to refer the issue to a joint technical-level boundary committee headed by the surveyor generals of the two countries.

A joint statement issued at the end of Gujral’s visit included Nepal’s demand for Kalapani and Lipulekh to be examined by the boundary committee and a mutually acceptable solution found. This was considered a huge blunder in the diplomatic circles.

Nepal is now citing the same joint statement to assert that Kalapani has been a disputed territory and it should be resolved by the boundary committee, as it has been part of the bilateral agenda on border demarcation for more than two decades.

The Kalapani area has an added strategic importance for India due to its height and proximity to China. India maintains several border posts in Kalapani to monitor the region. The Kalapani issue has been on the bilateral agenda since 2014 but has remained on the back burner despite Kathmandu’s expressed desire for talks.

Meanwhile, adopting a tough stand on the issue, the Nepalese government on Sunday (31 May) tabled a Constitution amendment bill in parliament aimed at altering the country’s map. The bill seeks to amend the political map of Nepal included in Schedule 3 of the Constitution.

Meanwhile, adopting a tough stand on the issue, the Nepalese government on Sunday (31 May) tabled a Constitution amendment bill in parliament aimed at altering the country’s map. The bill seeks to amend the political map of Nepal included in Schedule 3 of the Constitution.

The new map will be used in all official documents including the coat of arms after the amendment bill is endorsed through parliament. After its endorsement by both the Houses of parliament, the President will order issuance of the bill.

In a politically astute move, the Oli government has been able to garner the support of the main Opposition party Nepali Congress (NC) on the Bill. The central committee of the NC on Saturday decided to back the bill. Last week, the proposed bill was removed from the business schedule of parliament at the last minute at the request of Minister K P Sharma Oli.

In the present circumstances it would be in both country’s interest to pause the rhetoric and instead focus on an early dialogue, based on the ‘special relationship’ between the two Himalayan neighbours, though in this too India should and could not act as a generous big brother. 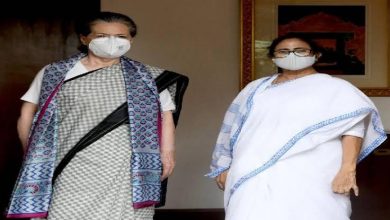 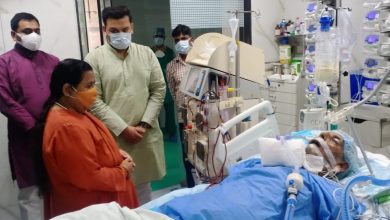 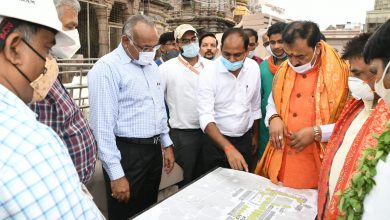