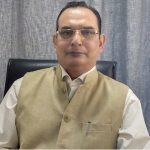 While the common man is trying to cope with daily financial woes for survival, due to the continued pandemic conditions affecting the overall economic situation of the country and previous economic decisions, there are some forces, which are working covertly against his financial survival.

We Indians have a very peculiar and praiseworthy trait amongst all of us, whether educated or uneducated. We strongly believe in savings and hording for the future, which most economists would agree is a very good financial habit, for the individual and his country too. Indias household-sector savings are the biggest source of investment for the economy. The country’s savings rate, or the share of gross domestic savings in the gross domestic product (GDP), has come down to 30.5% in 2018, as per available official data, as compared to nearly 37% in 2008.

Now, to invest these small savings, the small investors look towards either the nationalised banks or NBFCs or personal holdings. In fact a large number of these investors park their money with nationalised banks and now a days with private sector banks too. Thus, they are putting their trust in that financial entity, assured that theyd be able to access these savings when they need it or perhaps in their old age, besides getting an attractive or minimum rate of return.

However, according to economists and financial experts, as per some financial proposals termed as economic reforms, this is tend to change as some of these proposals are quite detrimental to the interests of the small investors and depositors.

New proposals
The government since 2017 has been trying to give the authority to regulate the countrys banks to a new entity, a task, which so far has been performed very well by the RBI.

In an interview to a web channel, Thomas Franco former General Secretary of the All India Banks Officers Confederation (AIBOA), said that the government introduced the Financial Resolution and Deposit Insurance Bill (FRDI) in 2017, and it was presented before the parliament in 2017, 2018 and later withdrawn in 2019, but was rechristened as Financial Sector Development, Regulation and Resolution Bill 2019 and it may be introduced in the monsoon or winter session of the parliament, later this year for its approval.

Economists say that this bill did not come into being on its own but owes its genesis to the global financial upheavals. The process of saving commercial banks started with the 2008 US economic meltdown, when the US administration through the US Federal Reserve infused huge funds to save the American banking system. Subsequently, the US prevailed over the G-7 group to include more countries including India to constitute a Financial Stability Board, and circulated a note related to future bailout of the commercial banks. One recommendation was that no government will bail out the commercial banks but it will be done using the depositors money.

One big difference between US, European and Indian banks is that in India public sector banks dominate the banking sector. And the trust or commitment to provide security to the depositors is through a sovereign guarantee. Besides these banks have to comply with various financial and regulatory laws, which have worked quite well so far.

Moreover, what is the need to constitute a new regulatory authority, when the RBI so far has handled this task quite efficiently? The answer to this according to Mr Franco is that as per the prevailing laws every bailout package recommended by the RBI is to be approved by the parliament. But the FSDR 2019 do away with this provision and empowers the new Regulatory Authority to recommend the future course of action for salvaging the ailing bank.

Experts say that this bill will practically take away the governments and RBIs control over nationalised banks besides eroding customers faith in countrys banks. First, everyone was asked to have a bank account, inducing them with transferring governments doles through the banks, in the name of digitalisation, and then new banking charges were thrust down the throat of new small depositors, imposing an unnecessary service burden and curtailed access to their own money. Mr Franco is of the view that what may happen is that this new constituted regulatory authority might one fine day decide that Bank A is not doing good, so it may put it on block and transfer it to corporate entity X, who himself might be a bigger defaulter of the same bank in the past, but due to its financial clout becomes the new owner instead of the public.

Policy framework in banking sector
Till 1990 we had no problem with our banking sector minus one or two small scams. Mr Franco asserts that it was only after 1990, when we went to the IMF and WB and changed our financial policies, assured by our leaders that within 3 years things will be right and we will be one of the strongest and developed economies of the world. But instead our spending was injudicious and priorities have shifted; we are not addressing it in the manner in which it should be done. We still have 28% of our population living below poverty line; but we are not orienting our policies and programmes towards their upliftment because only a 1% minority which controls countrys financial institutions and money, is increasing their assets by taking advantage of cheap loans by pubic sector banks. One of the countrys biggest conglomerate owes Rs 275000 crores in outstanding to various PSBs but instead of evolving a mechanism to recover it or chasing other big-ticket defaulters, our regulatory bodies harass a common man who may have a small loan of Rs 10 lakhs only. And now plans are being put in motion to sell off the PSBs to those very corporates who owe these banks a large sum of money.

The common man is who is still reeling under the after shocks of digitisation, demonetisation and GST and now Coronas economic meltdown, is at his wits ends on where to keep if his money safe from the very same people who are supposed to safeguard his money and financial interests.

The sum total is that instead of strengthening the present public sector banks through infusion of funds and evolving a rigorous mechanism to recover big ticket bad loans through strong regulations or recovery plans, the plans are afoot to handover the countrys banking sector to the private sector through the back door, and what happened in countries like Chile and Peru, which adopted such machinations, might happen in India too, and its economy might crash so badly that it will not be able to recover, but may become dependent on dole outs from the IMF or the World Bank, as per their diktats.

(Writer Asad Mirza is a Sr journalist and commentator based in New Delhi.
He was also associated with BBC Urdu Service and Khaleej Times of Dubai.
He writes on Muslims, educational, international affairs, interfaith and current affairs. )