The continuous images on television and social media platforms of beaten out, hungry, gaunt faces of luggage carrying individuals on their heads, some of whom walking bare foot, with their earthy possessions on their heads and shoulders, with women and children in tow; were enough to pull one’s heartstrings. This coupled with videos of police brutality on this half starving sea of humanity, in the name of managing them and making India Corona-free, and a video showing a man eating raw meat of a dead animal at a national highway, being paraded on various social media platforms, were enough reminders of what a callous nation we have become.

These images were enough to make us ponder, whether we have failed entirely as a nation. This mass of people, perhaps ostracised because of its poverty and a will to live in dignity, is not liked by a majority of us. The very same people who built our dream homes and continued to indulge us with their services, were first of all forced to migrate from their villages to bigger cities in pursuance of perhaps a bigger dream but in reality forced to migrate to earn two square meals a day, as either their farmlands had been swallowed-up by the rapid urbanisation or forced to give-up farming due to poor returns and accumulating debts, with no government showing empathy for them or their children. Over the years the huge number of farmer suicides in many states of the country have led to just announcements and doling out of meagre sum to alleviate their miseries. But no one questioned the profit seeking multinational seed companies, which pushed these farmers in to a debt trap and turned into a labourer.

The complete apathy of the local administration and leaders showing hollow sympathies coupled with illogical decisions about the lockdown and turning the entire country into a virtual police state, with no concern for the ordinary people and their daily needs, ensured that no alternate was thought of or provided to this section of the society.  What came as a succour for them was the helping hand extended by certain spirited and kind-hearted individuals and civil society players, who swung in to action without any concern for the caste, creed or religion, while at the same time, most of the national media took strides in turning new pages in Islamophobia. In addition, the plight of this multitude was completely ignored in national addresses; instead huge sums were mentioned to pay off large corporate debts, which were perhaps indicator of the priorities. All these unplanned and illogical reactions forces one to conclude that our beloved country is indeed in chaos. And this feeling led to the headline of this column.

Words ‘India in Chaos’ also led me to fondly remember a friend, philosopher and guide to many and also a visionary, Late KC Agrawal. Visionary in the sense that KC compiled a book of the same title in 2016, its Foreword was penned by Justice MN Venkatachaliah, former CJI. In the book KC dissected the administrative, political and judicial system of India since independence and concludes that the judiciary holds the power in itself to change India for the better, from chaos to what it was dreamt to be.

KC Agrawal, an electrical engineer from BHU and a first generation entrepreneur built up successful businesses in different sectors but specialised in electrical engineering. However, in 1998, the bug to save his country from the chaos in which it had tumbled, forced him to sell his businesses and concentrate full time on writing, to raise awareness about the deep morass into which the country had tumbled down, and also bring it to the attention of the masses, by compiling his thoughts into books.

However, professional calling forced him to concentrate his efforts on compiling an omnibus reference book on the trade of electrical engineering first, which was subsequently published by Butterworth Heinemann and was hailed as a masterpiece for the trade.

Subsequently, KC started on his mission, which took the final shape as ‘Shaping India of Our Dreams’, a book published in 2000, wherein he presented a concrete plan on how to transform India once again into a Sone Ki Chiriya, for most of his recommendations, the main player was the common man.

KC stressed upon the fact that unless and until we ensure that every Indian lives and earns with dignity, all plans and schemes are going to be unsuccessful. He was perhaps the first one to float the idea of smart cities, which was subsequently hijacked by politicians of different hues for their own benefit.

In KC’s proposal the village was to be the nuclei of an ecosystem, which should encompass agriculture, industry and habitat in a planned manner. The village at the centre should support the industries in the middle and they in turn could supply both to the villages at the core and mass habitats at the outer periphery, with interlaying green belts and planned provisions for transit and water and ecosystem management. Instead of first building a swank capital connected with broad highways and gleaming airports and then start thinking about how to link it up with industry and habitat.

The issues discussed and dissected by KC in his books are present even now, to make us ponder where we have floundered and what can be done to rectify the same, besides laying the responsibility to rectify and plans on how to, on all pillars of our country’s setup.

This piece and the words ‘India in Chaos’ are a tribute to both my country and KC Agrawal. 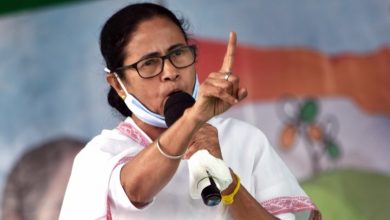 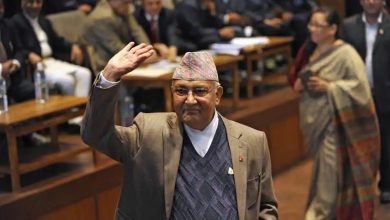 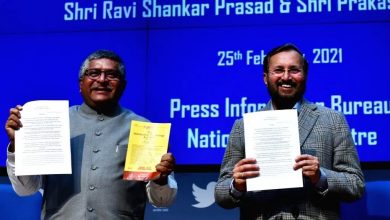