Reservation has always dominated our socio-political landscape and gave birth to popular social and political movements regionally and nationally. Many political parties have also emerged out of these movements from time to time. For some reservation has been a tool of welfare, a mechanism for social upliftment, and ways and means for empowerment. It has always provided a ladder for success. But for some it has always hampered competitiveness while for others it has been a political issue aimed at either to polarize or appease. However, there is a strong perception that reservation can be a way forward but cannot be a panacea for every problem faced by Muslims in particular and the rest in general. The big question has reservation served as a mechanism for social empowerment?

Wajahat Habibullah, former chairperson of the National Commission for Minorities and the first Chief Information Commissioner of India has a different perspective on the issue of reservation. He said, “I am not an advocate of reservations in employment or anyone. That is simply a demeaning exercise and has brought no social or economic benefit to any community but only to the individual so benefited and his/ her direct family.”

The issue of reservation is in public domain once again after Delhi Minorities Commission recommended 15 percent job reservation for minorities and 10 percent exclusively for Muslims. According to A C Michael, Former Member of Delhi Minorities Commission, “As a former member of Delhi Minorities Commission (DMC) from March 2011 to March 2014, I would like to be on the side of present members of DMC in their recommendation of 15 per cent job reservation for minorities with 10 per cent exclusively for Muslims. Having stated the above, I must hasten to add that I am not privy to data based on which the Commission has made this recommendation. I would like to request them to share if they have any such survey report which establishes that minorities in Delhi, specifically Muslims and Christians, are not getting government jobs just because they practice the said faith. Or because of the faith they are not able to get proper education. What I mean to say is if a particular group of people are to be considered for reservation on the basis of their religion instead of their economic status; wouldn’t this be a discrimination against other religious groups?”

John Dayal, member of the National Integration Council (NIC) of India, Secretary-General of the All India Christian Council and a past president of the All India Catholic Union has a different perspective. According to him, “We need more Muslims in Police, at all ranks. From Constable to IPS, but recruiting through special camps to be held in areas where educated youth with health qualifications can be found — Mewat and Rajasthan for instance, or the western UP region. For gazetted ranks, the community must avail of current government provisions to get youth trained in the art of cracking UPSC examinations. Religion proportionate representation in all jobs is a dream, but by itself not usually useful. We do not need Muslim officers in Muslim majority areas. There the people’s pressure is enough. We need them where the community is small and needs protection. Such a move may also not survive a challenge in the courts.

However, Sajid Nomani, who works with a leading multinational corporations in Delhi said, “In 1995, the 77th amendment to the Constitution was made to amend Article 16 before the five-year period expired to continue with reservations for SC/STs in promotions. Another modification came through the 85th amendment to give the benefit of consequential seniority to SC/ST candidates promoted by reservation. According to 81st amendment to the Constitution was to permit the government to treat the backlog of reserved vacancies as a separate and distinct group, to which the ceiling of 50 per cent did not apply. The 82nd amendment inserted a provision in Article 335 to enable states to give concessions to SC/ST candidates in promotion.”

“All the above has been narrated to establish the need of the reservation. When we talk about the job quota for minorities, it is the need of the hour. When we examine various states, we find that they have implemented the job quota for Muslims. I.e. Kerala Public Service Commission has a quota of 12 percent for Muslims. Even the state like West Bengal fixed 10 per cent quota for Muslims in government jobs. Hence, when we talk about the 15 per cent reservation for minority in Delhi it definitely holds waters. The current preposition of 10 percent quota for Muslim is valid as the number of Muslim creates the major chunk of minority quota,” said Nomani.

“Dr. Ambedkar, the architect of Indian Constitution propagated the idea of proportionate representation. He was adamant that without equal representation in institutions and parliament, marginalised communities could not be emancipated. That is one reason that affirmative action has been focused in the constitution but that is based on caste. Now, as far as Muslims in India are concerned, there is no doubt that they are one of the most marginalised religious minorities in India. Reports like Sachar Committee, Ranganath Misra Committee, NSSO data etc. have testified that Muslims in India are living in a very delicate and jeopardize situation. Their representation in Government jobs, startups, parliament, assemblies etc are very marginal. Muslims are deprived of higher education and mark a very low representation there as well,” said Dr. Maskoor Ahmad Usmani, President, Aligrah Muslim University Student’s Union’18.

“We all know that in a democracy it is very important that all sections of the society must be uplifted in order to create a just and egalitarian society. If a particular community is deprived and jeopardized, the state must help elevate them. Looking at the contemporary scenario of Muslims in India, I strongly support the idea of minority reservation. I not only seek 15% reservation to minorities and 10% for Muslims, rather I would like the government to do the same on pro-rata basis,” said Usmani.

Note : Views expressed are personal opinion of the people concerned . 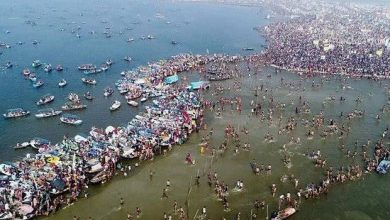