The on-going kisan agitation is arguably the toughest test  theModi government is facing in its over six and a half years in office so far. Like all governments in the past it has faced opposition to several of its policy decisions and has seen protests and agitations against such decisions. Some of its decisions like demonetisation, GST and labour reforms  have been pretty controversial and were  hotly contested by its opponents. But the government  not only successfully  defended such decisions but was also  able to retain mass support  and win elections held subsequently. The Modi magic survived all such controversial decisions . The question is will it be different this time.

The farmers’ agitation is now in its second week and with every passing day it is growing in strength .What initially started as a protest movement of Punjab farmers and  got enthusiastic  support from Haryana farmers has now been joined by farmers of western U.P. and Uttrakhand. While farmers from other far off states may not be able to come to Delhi  there are reports that farmers in the states of Bihar, Rajasthan,  Madhya Pradesh and Maharashtra are also in ferment and this agitation is soon going to acquire an all India character. The Modi government had certainly not bargained for this.

The government tried to tackle the agitation in a manner which is now well known. It claimed that the three  farm bills are in the best interests of farmers and the farmers are being misled by the Opposition. Attempts were made to communalise the agitation by called its  Sikh leaders as Khalistanis and charging them as being the agents of vested interests who did not care for the vast majority of poor and marginal farmers. A vicious campaign was unleashed against  Punjab Chief Minister Captain Arminder Singh and the Badal family , long time political ally of BJP. The friendly media was always there to create public opinion in favour of the government.

There are several reasons because of which the Modi government is finding it tough to tackle the farmers’ agitation. Perhaps the most striking of these is trust deficit. The agitation leaders are so scared of being outsmarted that they saw a trap in even accepting a simple lunch  at the time of negotiations with the government .They are unwilling to accept any verbal assurance and want any agreement with the government in black and white. While in all negotiations there is always a give and take and in these negotiations too both sides will have to climbdown from their stated positions, the agitation leaders are unlikely to withdraw their agitation on any verbal assurance from the Prime Mininster.

Behind the agitators unwillingness to take the government on its words are several factors, the most important being the government’s pro corporate image .The agitation leaders feel that the basic aim of the three farm acts is to help the big  business interests and not the farmers as such. The indecent haste in which the bills were passed without reference to any parliamentary committee , discussions with the Opposition leaders , farmers’ organisations and other stake-holders have given rise to suspicions in their minds about government intentions. They are unwilling to see the point that to act in an autocratic manner and taking people’s support for its actions for granted is the style of the Modi government.

However,if the government thought that it would be able to carry the farming community with it  and quell the dissenting voices in the usual manner of questioning their motives, it made a gross miscalculation. The hard core of the BJP leadership comes from educated urban middle and lower middle classes and they have no proper understanding of the the rural scenario.The party has no strong leaders from the farming community and no solid rural base. The Hinduvat card did get it electoral support from rural areas but not a solid rural grounding. The party leadership also did not know that unlike other north Indian states the farmer families  in Punjab had highly educated and professionally qualified people in their ranks . Nor did it realise their financial strength and capacity to sustain a long drawn protest movement. Similarly the government also did not know about strong pockets of the support groups of Punjabi farmers in the United States, Canada and western Europe.

The  economic scenario in the country is also not in favour of the government to tackle a popular agitation like the present one. The economy is slowly emerging out of the lockdown blockade and massive unemployment, inflation and sluggish growth is a matter of great concern. There is  tension on the borders with China where deployment of forces has become a necessity and it is also putting pressure on the economy. With employees’ organisations and the Opposition totally backing the farmers’ agitation, the government has no other option than to climb down and negotiate with the farmers’ leaders on equal terms.

What has perhaps surprised the government  is the fact that farmers’ leaders are extremely well prepared with their case and are proving to be tough negotiators. Then there is a think tank that is guiding the agitation and negotiations with the government. Moreover, the agitators are giving the government no opportunity to raise extraneous issues like threat to law and order situation or public inconvenience.

The political fallout of the agitation also has dangerous implications for the BJP. The Haryana Government is tottering and any day it may lose majority support in the state assembly.The loss of government in Haryana will have adverse impact onthe BJP government in Madhya Pradesh and the BJP –JD(U)coalition in Bihar where the Chief Minister Nitish Kumar already looks restive. With assembly elections  in the  all-important state of  West Bengal to be held soon, the BJP cannot allow the situation to drift.

Therefore, despite all the brave talk of its leaders the party knows that it is in a Catch 22 situation.If it concedes the demands of agitating farmers it loses face before all those who were supposed to benefit from these measures and if it stands firm and refuses to concede any ground it suffers considerable political damage. How the willy Modi and his Man Friday Amit Shah tackle the situation will be interesting to watch. 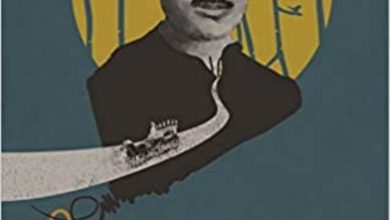 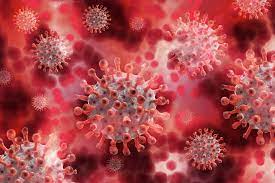 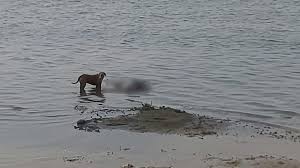 NHRC issues notices to the Centre, UP & Bihar Govt over dead bodies in the Ganga River