Some 20 years ago, an idea by Sanjoy Hazarika, Managing Trustee of Centre for North East Studies & Policy Research (C-NES) to have boat clinics to reach out to millions of people who had no access to basic healthcare facilities is changing lives of people. Today 15 Boat clinics are the only hope for millions during the pandemic.

“As the country grappled with the challenge of curbing the spread of the novel corona virus disease, C-NES’ 15 Boat Clinics are the only hope for the millions in far-flung Brahmaputra river islands most of which lack access to basic health facilities. The Clinics, each with a 15-member staff, provide immunisation to children, pregnant women and new mothers as well as treat vulnerable adult groups. World over the frontline workers have been regarded as warriors battling the war against the virus. But the services of the frontline health workers from the 15 Boat Clinic units are yet to be recognized and they too deserve applause like the other warriors, “said Bhaswati Khaund Goswami, Communications Officer of Centre for North East Studies & Policy Research (C-NES).

“COVID-19 was an unknown virus and fear and anxiety was looming large within the Boat Clinic team members. The program management unit (PMU) had to step in to build confidence in the minds of each individual frontline worker through a video conference call along with the Managing Trustee, Technical Advisory members and the 15 Boat Clinic units’ staff. The 15 Boat Clinic unit teams started their mission with dedication and commitment to reach out to the river islands villages in 13 districts in close coordination with respective District Health Societies,” said Ashok Rao, Program Manager Boat Clinic, C-NES

On how the mobile boat idea was conceived, Sanjoy Hazarika, who is now International Director of the Commonwealth Human Rights Initiative said, “Some 20 years ago, I was on a shoot with film maker Janu Barua to make a film on Brahmaputra. We were travelling on a ferry from one side of the river to the Island of Majuli. When we were crossing the river we heard the story of a young woman had died on the ferry due to childbirth on the same ferry a few hours earlier. That was to me quite a shock. The next day, we got more details about the incident. The young woman with a difficult pregnancy seem to be in her teen and was carried on a stretcher from her village to the ghat where the ferry was to leave but they missed the ferry the previous day. So the next day, they took in the morning. This was in winter and the stay in the night by the Brahmaputra was not an easy task.”

He added, after having known this tragic incident, I decided to do some research. While doing so, I found that Assam had the worst maternal mortality ratio in India. In 2002-2003 it was 493 deaths of women out of one lakh while giving birth. Among the countries it was highest, in Asia and perhaps highest in the world. Today there has been dramatic reduction in maternal mortality ratio as compared to anywhere in India and among the best in the world. When I was doing research on the maternal mortality rate, I also found that one/tenth of the population of Assam lived on Islands and nobody paid attention to these 30 lakh people.

“Except during election time or some visits by NGO during floods, these people were left alone to live their life without any government support or intervention or even understanding from the people from the main valley. So people here were also suffering from social and geographical exclusion and there were no sustainable intervention by government or anybody. Only some NGOs and the local administration did something during flood relief,” he argued.

On how the idea became reality for the people of Islands, Hazarika said, the first thing I thought could help the people here was health and not irrigation because a healthy person can only do all the activities. Then I talked to villagers and the idea came to me after discussion with a woman who was a panchayat leader. Boats was the only way forward because one cannot build bridges, helipads everywhere. But the oldest technology of moving in water which is boat was the key. So, on that basis, I looked at many country boats but it was not good enough to manage the kind of intervention I wanted.

“Then there was a World Bank Competition which came up and I pitched my idea there, Model of, “A Ship of Hope in a Valley of Flood.” We won that award but we had to start to work on the boat. At the initial stage I got help and support in designing boat from my friends at Massachusetts Institute of Technology (MIT), Cambridge,” said Sanjoy.

The dream began with the design for Akha winning an award in the World Bank’s India Development Marketplace 2004 competition; judges said it represented a unique innovation that could transform the lives of rural communities. With   funds from that award, the ship took shape at Maijanghat, Dibrugarh, with carpenters from Dholla, Tinsukia districts under the supervision of Kamal Gurung, a local boat builder.

The boat, completed in June 2005, was 22 meters long and over 4 meters wide with an OPD, Laboratory, cabins for medical staff, medicine chest, kitchen, toilets, crew quarters and a general store. Equipped with a generator set and a 200 litre water tank, it is powered by a 120 truck hp engine and now has a solar ice line refrigerator (ILR) as do two other boats. Other vessels designed and built by C-NES have similar facilities.

In normal circumstances each Boat Clinic team comprising of one District Program Officer, two Doctors, two/three Nurses, one Pharmacist, one Lab.Technician, three Community workers and four Boat crew would regularly visits the targeted island villages and provide immunisation to children, pregnant women as well as treat vulnerable adult groups and generate awareness on family planning and other health topics. The 15 Boat Clinic units, would carry out general check-ups for all kinds of symptoms, test for malaria and other vector-borne diseases and ensure early detection of communicable diseases as well as non-communicable diseases like diabetes, hypertension etc. This initiative is now supported by         The National Health Mission (NHM) and the government of Assam.

The writer is a Delhi based journalist 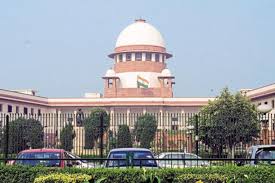 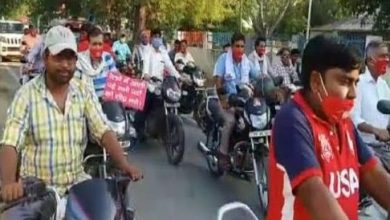