In the International Law Studies journal of 2021, Vol. 97, Captain Raul Pedrozo, Professor of International Law at the U.S. Naval War College says the term ‘sea areas under the jurisdiction of the People’s Republic of China’ is not defined in the law and is purposely vague.

In recent times the Chinese coercive activities in the South China Sea and its global port-buying spree have added different dimensions to its naval strategy. Ever since Communist China came into existence in 1949, its belligerence over South China Sea – SCS, has been increasing and some recent events have increased its hostility in the regional sea and towards its neighbour Taiwan.

China claims almost all of the SCS covering roughly 3.5 million square kilometres, and its estimated 190 trillion cubic feet of natural gas and 11 billion barrels of oil, in addition to maritime resources such as fish, as part of Chinese territory. Though the Permanent Court of Arbitration in The Hague had firmly rejected China’s sovereignty claim in 2016 but even five years after that ruling, China continues to reject the court’s authority.

China’s covert activities in the SCS

In the International Law Studies journal of 2021, Vol. 97, Captain Raul Pedrozo, Professor of International Law at the U.S. Naval War College says the term ‘sea areas under the jurisdiction of the People’s Republic of China’ is not defined in
the law and is purposely vague.

Foreign vessels such as foreign submarines, nuclear-powered ships, ships carrying radioactive, toxic or hazardous materials and any other vessels that “may endanger the maritime traffic safety” of China are required to provide information including their ships’ names and numbers, recent locations, satellite telephone numbers and dangerous goods. “Article 2 of the MTSL expands application of the law from ‘coastal waters’ to ‘sea areas under the jurisdiction of the People’s Republic of China”, which means the SCS.

In September 2021, the PLA air force conducted troop transports with a number of large Y-20 transport aircraft to three airstrips in the Spratly archipelago, where China has built and militarised artificial islands on top of the reefs in the SCS, according to Chinese state media Global Times.

China’s claim to sovereignty over the South China Sea and its willingness and ability to pursue it has long been creating friction with countries in the area, which stake their own claims to parts of the sea, including Brunei, Indonesia, Malaysia, the Philippines, Taiwan, and Vietnam.

China also regularly deploys its large civilian fishing fleet to further its goals in the SCS. In March 2021, a huge Chinese fishing fleet descended on Whitsun Reef, which lies within the exclusive economic zone of the Philippines. Almost seven months later more than 150 Chinese vessels reportedly remain in Philippine waters.

Tensions continue to rise in the SCS, as China, ramps up its military activities in the region. Within only the first four days of October, China conducted a record-breaking 150 incursions into Taiwan’s air defence identification zone (ADIZ)
after China’s People Liberation Army Air Force (PLAAF) had already, in September, set another monthly record with 117 incursions, some with nuclear-capable bombers, fighter jets and reconnaissance planes. Also in August and September, China conducted assault drills near Taiwan with war ships, early-warning aircraft, anti-submarine aircraft and bombers.

In addition to this, the Chinese government has embarked on the Sea version of its Belt & Road Initiative (BRI). Under this programme Chinese companies, COSCO Shipping Ports and China Merchants Port, two state-owned enterprises
which account for the operations of 81% of those ports, have acquired 95 ports globally out of which 22 are in Europe, 20 in the Middle East and North Africa, 18 in the Americas, 18 in South and Southeast Asia, and nine in sub-Saharan Africa.

If we analyse these acquisitions by China, which on the face of it looks commercial, most of these investments comes at a very high cost with very low RoI, but in reality these investments are driven by China’s geopolitical ambitions,
thus the RoI does not matter to the Chinese state.

The paper “Weaponising the Belt and Road Initiative,” written by Daniel R. Russell and Blake H. Berger and published by Asia Society Policy Institute in September 2020, underlines this fact stating that, “”A deliberate military and strategic functionality seems clearly entrenched in the initiative…. there is abundant evidence it is developing a network of strategic strongpoints that can significantly raise the costs of any U.S. military intervention and lower the willingness of BRI host governments to offer access or assistance to the United States.”

In addition the paper notes that the U.S. naval vessels might not be able to call regularly at ports under Chinese management because of the risk that commercial port information-technology systems could be used to monitor or interfere with military systems and jeopardise U.S. information and cyber security. For this very reason, the US warned Israel that China’s management of the new Haifa port terminal could potentially damage US-Israeli security cooperation, as it might lead to US Navy ships refraining from docking at Haifa.

Further this investment in and ownership of ports worldwide creates economic and political leverage for the Chinese government, as it could affect local policy and decision-making. For example after Chinese acquisition of the port of Piraeus, Greece blocked an EU statement criticising China’s human rights record and also prevented a unified EU statement against China’s behaviour in the SCS besides opposing tougher screenings of Chinese investments in Europe.

The USN Chief of Naval Operations Admiral Gary Roughead said in 2019 that China’s port acquisitions and operations pose certain risks for US Navy vessels that call at ports under Chinese management.

If we put two and two together then the maritime strategy of China in the SCS and rest of the world becomes quite clear. While on the one hand by show of strength it is trying to dominate Taiwan and other smaller countries in the region. Secondly, by buying and managing ports worldwide it has charted a route which ensures availability of gas and natural gas to the Chinese factories and if required the Chinese military vessels could be deployed there quite quickly, and the nation in which that port exists might not be able to even utter a whisper as it is already under the economic burden of Chinese loans and aid programme.

Overall, the Chinese aggression in the SCS and its port-buying programme are in fact a direct challenge to the U.S. in the global waters and China has been able to achieve this at a very little cost. 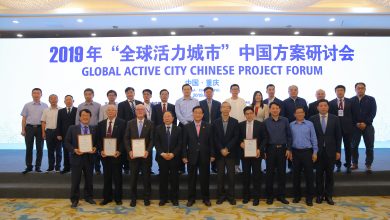 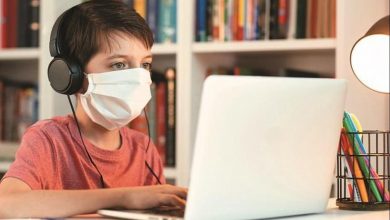 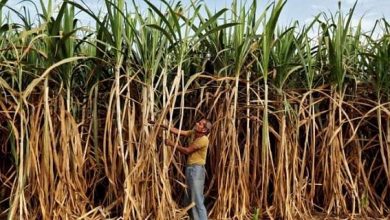