The recent proposal to change the name of Allahabad University to Prayagraj University generated widespread protest from students, teachers, alumni and citizens and resulted in a lightning online campaign that gathered over 5000 signatures in 48 hours, the time allotted by the MHRD to the members of the Executive Council of the University to respond to the suggestion of name change via email. This passionate outcry even drowned out the intervention of those in favour of name change and trolls who had been airing their usual subversions with arguments like ‘What’s in a name?’

What’s in a name? A great deal, I would say. A name is much more than an arrangement of syllables. The name Allahabad University carries an encoded narrative thread. It carries the cumulative footprint of decades of history, a convergence of composite stories, the mental climate of an intellectual community, a fellowship of memory, anecdotage and achievement. It takes many decades to build depth and perspective round a name to be able to generate the ripples of resonance that its utterance stirs up.

Allahabad University has declined – no one denies that but even in its transformed reality its name summons up a tradition, a legacy, a record of past endeavour and excellence. Like a magic mantra it sets up a vibration of associations uniting thousands of people spread across the world. Allahabad University has been an inclusive legend exceeding the compartments of religion, caste, gender, region or discipline.

I had the overwhelming good fortune of writing a book on the University. The book was lucky. It reached a very large audience. At its glittering launch in Delhi I was awed by the sheer numbers of the institution’s illustrious alumni. Such a galaxy of personalities – civil servants, political figures, academics, jurists, literary and creative artists in full strength that I was amazed and humbled. For the name Allahabad University was enough to induce a powerful leap of recognition cementing us all in a grand tradition. Not just the towering names in common currency like Madan Mohan Malviya, Purushottam Das Tandon, Motilal Nehru, Firaq Gorakhpuri,, Mahadevi Varma, Harivanshrai Bachchan, Meghnad Saha, Neel Ratan Dhar, Dharmveer Bharati, Professors Gorakh Prasad, Krishnan and Ranade but there is this resounding roll-call of eminence that fills the corridors of the institution’s high-profile history.

It takes many decades for a name to develop this command over the emotions of generations of people. To abolish it is to amputate living tissue. Arguments that a mere change of name will not impact the essential identity are specious. The name Allahabad University has an inspirational value especially in our times of decline. Banish the inspirational value, replace it with something else and you arrest and atrophy a life-giving impulse which might still be capable of reviving the sagging edifice.

A former student of mine many years back was married into a Karachi family and she went to live in her large extended new home of in-laws and kin. She told me that when the elders of her family, old grandfather-in-law, grand uncles and senior relatives heard that the little grand-daughter-in-law had studied in Allahabad University they rose to their feet in a token gesture of respect for the institution. It was not for nothing that a world class physicist like Shroedinger readily accepted Amaranatha Jha’s invitation to take the place of Meghnad Saha when the latter left and was only prevented by the outbreak of the Second World War from actually joining. It was not for nothing that Allahabad University was the site of fiery nationalism during India’s Freedom Movement, its hostels associated with Chandrashekhar Azad and Bhagat Singh, its campus frequented by Gandhi and Nehru and Annie Besant. It was also not for nothing that Allahabad University was the nerve centre of literary activity for many years. The name Allahabad University  became a signature brand and we all know the function of a brand .It is a warranty of quality, a testimony of value.

Yes, we live in the past because in our disappointing present we need our past now more than ever before. In times when the institution’s former quality is compromised and it runs the grave risk of slipping speedily down the ladder of merit, the inspirational potential of its tried and tested brand name must not be recklessly sacrificed to any political expediency or cultural agenda. Our appeal to the custodians of higher education is fairly simple: Be mindful of this legacy. Do not break what you possibly cannot rebuild.

Note : Please express your opinion in the comment box   or 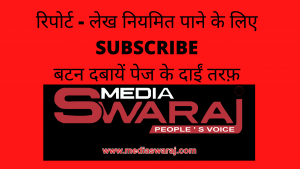 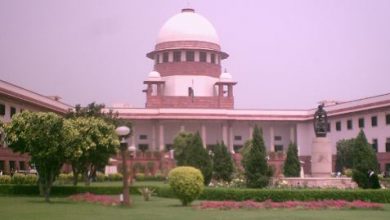