Surendra Gadling , used to get people acquitted in false cases has been implicated in one himself.

All his life he fought valiantly to defend the rights of the people belonging to marginalized sections of society who were persecuted by the State or people who would stand up for their rights and consequently were targeted by the ruling elite but in the end he paid a price for his magnanimity.

Surendra Gadling, now in jail in the Bhima-Koregoan violence case, is a human rights lawyer and Dalit rights activist based in Nagpur.

He is known for taking up cases of extra-judicial killings, police excesses and atrocities against Dalits and Adivasis in Gadchiroli and Gondia districts of Maharashtra.

He represented Arun Ferreira, also in jail in the Bhima-Koregaon case, between 2007 and 2012. Until his own arrest, he was also handling the case of a wheelchair-bound Delhi University Professor G.N. Saibaba, now convicted for his Naxal links. Surendra Gandling is known to take up most of his cases pro bono.

While working as an apprentice in the railways, Surendra started the Awhan Natya Manch, which would organise cultural evenings in the bastis of Nagpur and engage in conversations around rights and oppression.

The IAPL describes him as ‘..an iconic example to many dalit lawyers defending their oppressed communities.’

Gadling was part of an independent fact-finding team that probed the encounter killing of 40 alleged Maoists by the police in Gadhchiroli in April 2018.

He has also been a voice against persecution of the lawyers by the police machinery.

In this context he also visited Kashmir as part of a team. He conducted a fact-finding mission in Chhattisgarh and brought out a report about persecution and harassment of lawyers who take up cases pertaining to tribals trapped in UAPA cases. He was also part of the Bhima Koregaon fact-finding team.

Gadling has been deeply involved with issues related to backward communities, in defense of reservation and in defense of the independence of the judiciary.

He has been instrumental in spreading awareness and organising public meetings on various human rights issues.

Among the persons Gadling defended, many were charged with UAPA/Terrorist and Disruptive Activities (Prevention) Act and labeled as terrorists or Naxalites. Some of these names will definitely be part of history for their contribution towards society.

In the close to twenty five years of legal career he was able to get acquittal for all his clients, except in three cases, who were charged under these draconian laws, no mean achievement considering the powerful state paraphernalia that he was arrayed against.

By deploying the heaviest of police bandobast, cordoning off the court premises, issuing alerts on the court hearing days, the police would often throw its weight to intimidate him and his clients in many of the cases he was involved with.

Despite all this, Gadling has been successful in convincing the courts of law about the innocence of his clients and in the discarding of many ridiculous allegations.

He has fearlessly defended many even when there was strong objection from bar associations, negative publicity in media and open threats from investigating bodies.

He has been appointed special public prosecutor in cases filed by women’s organizations on multiple occasions. In one dowry death case, despite a hostile investigation team, Gadling managed to prove the case beyond reasonable doubt and obtained the conviction of the husband. After the completion of the case, fulfilling his duty as prosecutor, Gadling wrote to the higher-ups in the police department seeking stern action against police officers from the investigation team for their negligence of duty.

It is clear that the role of Gadling as a lawyer and activist has been quite unpleasant for the powerful people in the police department. Given his commitment to defend those who have been labelled “Naxals”, police officials have made every effort to target him.

There have been many instances where police officials have conveyed their displeasure towards him in various ways for handling these cases.

During the trial of Professor G.N. Saibaba, the then Investigating Officer in the case, Bawache, had said in the court premises itself that once Saibaba is sent to jail it will be the turn of Advocate Surendra Gadling.

This particular threat was given right in front of the juniors and associates of Gadling.

It was clear that the threat was administered only to ensure that the defense counsel does not dare to function with a free mind. True to his threat, Bawache even got one of the surrendered Naxalites to give 164 statements in which he has attributed some of the most ridiculous allegations against Gadling. Bawache is known to be closely supervising the present case without officially being part of the investigation.

Gadling though has never been intimidated by such threats. There was even a time when he had to keep his anticipatory bail order in his pocket when he went for his own wedding.  However this time the Bhartiya Janata Party led central government in collusion with the police have managed to find a way to silence him, but, hopefully, only temporarily.

Therefore the 6th June 2018 arrest of Surendra Gadling along with other political prisoners by the Pune police due to accusations of Maoist links, under the UAPA is baseless.

Either the charges against him must be substantiated in some way or he must be freed from imprisonment immediately.

It is important that Surendra Gadling is out so that the rights of many are not trampled upon by the powerful vested interests often in collusion with the ruling elite.

Note: Nilkantha Mandal is a LLB student at Bengal Law College, Santiniketan, Sandeep Pandey is Vice President of Socialist Party (India) and Kushagra Kumar is a student from Lucknow. 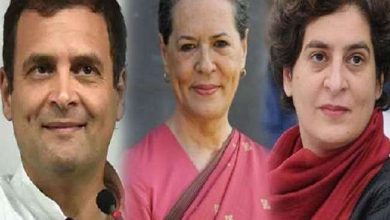 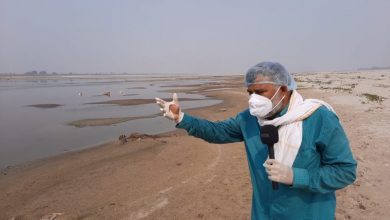 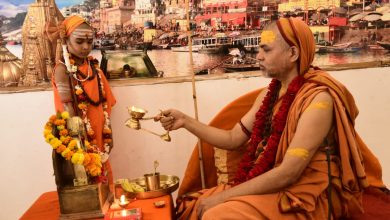 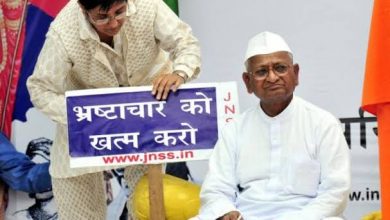