James Robinson, co-author of the international bestseller Why Nations Fail and the director of the University of Chicago’s Pearson Institute for the Study and Resolution of Global Conflicts,  is a scholar who offers extraordinary insights . In an exclusive -and exhaustive – interview with Easternlinkeditorial director and author Subir Bhaumik , Professor Robinson  help us  contextualize current events that is needed for the balance to be struck between state and individual liberties, as countries seek to increase public safety. His newest book, The Narrow Corridor: States, Societies, and the Fate of Liberty, explains how political and economic freedom flourishes in some countries but falls to authoritarianism in others, arguing that the corridor to liberty is narrow and stays open only via a struggle between state and society.  The Covid pandemic offers dictators—and democracies alike—an opportunity for abuse. During this crisis, the expanding role of the state is leading to the detriment of individual liberties and privacy in countries across the globe, while a weak state response from other countries is exposing fault lines that have lasting implications, he says. Below the full interview :

Q :  Some commentators have suggested that the corona pandemic will help militaries in Asia, Africa and Latin America make themselves more powerful, because many nations in these regions have long been under military rule and where, despite fledgling democracies, the military remains a much stronger institutions than political parties? Your thoughts?

A: I think that is an open issue. I understand that in a health crisis like this people want security and decisive action. However, many of these militaries, for example in Venezuela or Zimbabwe, are not competent at running the economy or public services. This crisis will reveal them to be even less competent and may galvanize more opposition against them.

Q: Will the pandemic and China’s apparent failure to contain it discredit the Communist party and its present leadership and weaken its grip on Chinese people?  Or will it unleash a higher degree of factional feuds in the party? And will you see some challenge to Xi Jinping who seems to be in a hurry to become a 21st century Mao?

A: The evidence so far is that it is facilitating even more control over people, using drones and mobile phone apps so it is speeding up a trend that was already there. There are factions, but the Communist party has tools for containing those. I think president for life has always been the Chinese model, Deng Xiaoping and his ideas were an outlier so I expect president Xi to be there for a long time yet.

Q: There are two opposite arguments we have seen on a future of populist leaders in vibrant democracies.   Some argue that Trump in US, Modi in India, Bolsanaro in Brazil, and Orban in Hungary have been discredited and their influence flattened by their muddle response to the pandemic; while others say these leaders now will appropriate more powers and turn more dictatorial in order to hold on to power, and they will compromise the democratic institutions of their countries which have taken years to build.  What is your perspective?

A: I think the answer is very different in different places. Take India, which is a society based on “social distancing” between the castes. I think India may actually do a good job at containing the virus just because it has a society organized to do it. Modi will do well. But Brazil is completely different. I think Bolsanaro has looked incompetent and unprepared. Trump would love to have more power but actually what we are seeing is a lot of activity from the states and state governors that Trump doesn’t control very much and can’t take credit for. I doubt that Trump can turn more dictatorial than he already is, it’s up to US citizens to defend their institutions.

Q: If you think the second option is true, will it help China market its authoritarian model more effectively in the world post-Covid?

A: I doubt it. I don’t think there is a Chinese model actually or at least not one that you can transfer. The success of China has been based on some rather unique aspects of Chinese society, such as the norm of meritocracy, which is missing in most of the world. After all China was the one pre-modern country that had an elite which was chosen by an exam! How do you transfer this to India where you have the opposite principle at work? (birth not merit).

Q: One reason why nations fail is because of military overstretch.  Empires have fallen when they have tried to expand too much through military means, and the US is a good example of losing the battle for economic dominance because it has spent too much to play the globo-cop.  Do you think the pandemic finally will force most nations to cut defence budgets and spend more on public health and education to be able to contain non-traditional security threats like coronavirus?

A: I’m not sure I agree with this premise. I don’t think the US is losing economic dominance, it’s still the most innovative place in the world with huge technological dynamism. Yes a lot of money and resources were wasted in Iraq and Afghanistan on a wild goose chase, but I think this has had little effect on economic growth. And look at Russia or China both of which are expansionary. Do we really understand their foreing policy objectives? I’d anticipate defense budgets going up not down.

Q : What’s your outlook or forecast for the global economy? Does the pandemic mark the beginning of China as an economic superpower or is it the beginning of the end of that preponderance, with BRI projects untenable and difficult to finance and joblessness likely to mount in China?

A: I think that predictions about Chinese economic dominance don’t depend too much on the pandemic. My view, as articulated in Why Nations Fail and the Narrow Corridor, is that China cannot maintain economic growth with extractive political institutions. Look at Chinese history, the type of concentrated and personalized power that Xi has always ends in a disaster, economic and humanitarian. I don’t think the logic of this argument is substantially changed by the pandemic.

Q : Will the world economy become more digital?  Will the pandemic change the way we live (e.g. less clubbing, socialising, fewer parties and more family time, more work from home?  How will this influence our consumption patterns?

A: These are very interesting questions. For me the big social change is all about inequality. High skilled and educated people can seamlessly move to working at home and I think there will be a lot of persistence here. Low skilled people have to leave home to work and have massive problems looking after their children and are more exposed to the disease. It’s an inequality nightmare.

Q : How will corona impact mass religions? Will it drive many towards greater fanaticism and blind adherence to faith or it will move more people to trust religious leaders and scientists and doctors more? For example, in my country India, after the Hindu right came to power, there has been a spurt in religious radicalism and an embarrassing rise in blind faith.  This has undermined our long contemporary tradition of science — so much so that an Indian Nobel laureate has lashed out at Indian Science Congress, saying it is peddling mythology as science and he will never again come to the Congress. Hindu politicians have claimed, without an iota of evidence, that Internet existed in ancient India. Prime Minister Modi has claimed our elephant face God Ganesh is the first global example of plastic surgery, but now these same Hindu leaders are rushing to hospitals, in masks and gloves to get checked though they have publicly claimed consumption of cow urine and cow dung can help fight the virus and many other baseless claims. I enclose a link of a story by my former BBC colleagues to give you an idea of the problem — https://www.bbc.com/news/world-asia-india-51910099. Now with many turning round and telling these faith merchants that the virus will respect no religion, can we expect the spread of religious radicalism is checked?  Your take, professor?

A: Another profound question. Anything I say will be very speculative, but speaking as a scientist…. I think that in deep history, natural selection has somehow favored the trait that humans believe in the supernatural. Perhaps the main thing that distinguishes us from other primates is that we can cooperate on a large scale with non-kin. Believing in gods or supernatural entities that you can’t see has been a tool for facilitating this cooperation. Moreover, such beliefs are structured in ways which make them unfalsifiable, so immune to contrary evidence. Though we have science, there is a lot of unpredictability about who will fall ill, and who will die and who will survive. I think religion and beliefs in the supernatural probably thrives in such a situation of uncertainty because people want a reason for something otherwise sensless.

Q : One last one — How will this pandemic impact the environment and climate change?

A: I think it will have adverse effects on that. Climate change deniers will have a tool for saying, look forget about that it is too nebulous, we need to worry about viruses instead… It will probably set the whole discussion back a generation. 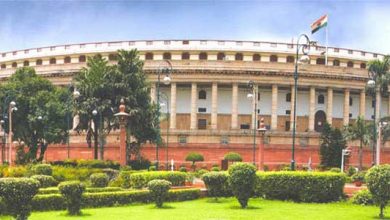