This quiet, but bustling town, a gateway to the Garhwal hills, had suddenly turned volatile, like the rest of the country. The torch of protest that was lit in Delhi against the implementation of the Mandal Commission’s recommendations ensuring job quota for the OBC, had reached far and wide. Kotdwar was no exception. Students of the Pitambar Dutt Barthwal College had also joined the protest.

The trigger for all the unrest was a part of the Independence Day speech delivered from New Delhi’s Red Fort that year by the then Prime Minister VP Singh:

In the memory of Dr Bhimrao Ambedkar, the government has recently taken a decision to give reservation to the backward classes in jobs in government and public sector.

The ruling Janata Dal government – supported by both the Bharatiya Janata Party and the Left parties – had adopted the recommendations of the Mandal Commission on 7 August 1990, giving 49.5 per cent reservation to the scheduled castes and scheduled tribes.

Although his political rivals were wary of speaking against this affirmative action to protect the interests of the down-trodden, everyone felt that the alleged real motive behind this sudden step was VP Singh’s way of derailing the Ram temple movement that had gathered steam by that time. Conventional wisdom was that this was a  ploy  to divide Hindus, who were coming together in the name of the Ram temple in Ayodhya.

The temple issue had become a glue to unify them. But in a single stroke, VP Singh had stirred up the caste cauldron. The upper-caste students were suddenly in the grip of an existential fear of losing massive job opportunities in the government sector right across the country.

The restlessness among Kotdwar students, dominated by Thakurs, Brahmins and Vaishyas, was understandable. Their fear – some imaginary, some imminent – was manifested in protests for several days. On the other hand, in UP, too, there was a Janata Dal government– led by Mulayam Singh Yadav–, which had adopted an iron-hand policy to tackle the anti-quota protesters.

Situated at the foothills of the Himalayas with the Khoh River flowing nearby, Kotdwar, the southernmost tehsil of Pauri district, had for long, served as the last railway station of the Northern Railway on this route, set up in 1890, connecting the headquarters of Garhwal Rifles in Landsdowne, 39km from there.

Of late, it was gradually coming up as an important industrial centre of what it then was, UP hills. Just three years previously,, the public sector  Bharat Electronics Limited , had set up its seventh unit in Kotdwar to manufacture switching equipment. Its arrival –along with hordes of emigrants from across the country– suddenly turned Kotdwar into a happening town from being just a gateway.

But on that sultry day in August 1990, the town was boiling. College students had risen in revolt. Leading from the front, was a group of BSc second year students from PD Barthwal College – Sandeep Bisht, Arvind Bansal, Deepak Bisht, Kaushalesh Kumar, Anil Bisht, DS Rawat and Ajay Mohan Singh Bisht.

While others were raising slogans against the Central government and PM VP Singh for robbing them of job opportunities, Ajay had no such concern. He was not bothered about himself and getting a job was never his priority. He was standing in support of his friends, with whom he had developed a special bond in the past one year. Also, he was against the way the Mandal Commission report had been dusted and delivered just to check the Ram temple movement, an issue very close to his heart.

As he was standing at Jhanda Chowk in solidarity with his classmates who were now preparing to burn an effigy of PM VP Singh, the police contingent waiting there suddenly swung into action and lathi-charged the protestors.

The students, all under 20, ran for cover in the nearby by-lanes; but for  Ajay. He jumped into the middle of the melee and grabbed two raining lathis with his both hands that could have hit his friend Sandeep. Despite being charged by men in khaki, the pugnacious youth kept digging his heels in till the time his friends escaped to safety.

It was a sight to behold – an 18-year-old, 5-foot-4-inch boy keeping two cops at bay to save his friends. The two policemen were much more imposing, but they were equal to an adversary high on self-confidence.

It was a sight to behold – an 18-year-old, 5-foot-4-inch boy keeping two cops at bay to save his friends. The two policemen were much more imposing, but they were equal to an adversary high on self-confidence.

For the group, it was a stunning transformation of this shy boy with curly hair from Panchur village, situated in the upper tract of the district. He was short-framed alright, but his resolve had dollops of iron. Ajay was now the undeclared leader of the group. 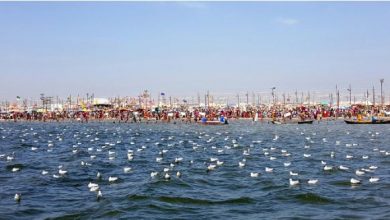 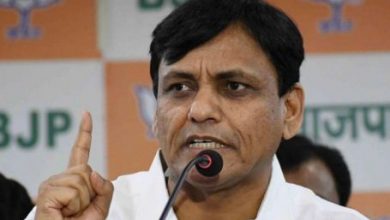