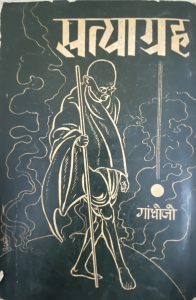 Not due to any of it’s own inherent weakness , but because of the way it is practised . Also perhaps for the reasons attributable to the Satyagrahis of the modern kind who follow a path blindly and are not guided by the kind of  wisdom that led to the success of the Great satyagrahi who still inspires the world . Nonetheless , there is also another reason for its failure that we can not ignore.This lies in the lack of sensitivity of the people in authority as well as the absence of active moral support from the public.

We have the classic example of Erom Sharmila who did not eat any food for 14 years. Ultimately she gave up.Nothing stirred in the rest of the country as it is cut off mentally from the northeast , which for us  exists only for the purpose of fencing off the Chinese. Our claim is more like a counter claim to Chinese assertion that it belongs to them.Of course we own the timber and whatever natural resources it has and people of that region are incidental.

Then there was the long fast of by Anna Hazare at Jantar Mantar which ended in some sort of compromise after much drama. It had some support from public but not enough to shake a government.The media made the most of it and Delhi being the stage , it got the attention of the whole nation.The outcome of this Satyagrah was the promise of a Lokpal.

Another by product of the outcome was the launch of Aam Aadmi Party. Anna  raised a scaffolding for our Leader with a difference – Mr. Arvind Kejriwal to climb and reach the top. Of course endowed with the cunning the leadership quality demands, he dismantled the scaffolding and packed off the Satyagrahis to their respective home turfs. 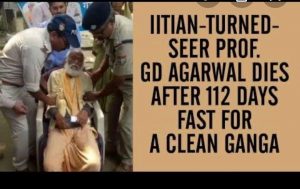 Dr G.D. Agarwal was a less known figure and chose a wrong place like Haridwar where people mostly go to seek salvation.

Little attention was drawn towards the cause since most people of this country habitually defile the rivers and some are in the habit of taking a dip and a sip irrespective of the hordes of Ecoli waiting to take free passage into their intestines and settle there.

So the Prof. threw his life away and not a leaf stirred in this vast Nation of a billion dead souls.Two more Sanyasins passed away in a manner that would have shamed a government and shaken the conscience of the people but since neither shame nor conscience is present in either , a quiet burial and the issue became a non issue.

life goes on and mother earth keeps her treasures on offer on first come first serve basis wherever plunderers find an opening.

Shaheen Bagh – now we come to a more concerted and organised protest by a community insulted and outraged on a regular basis by the present Union Government and ruling party.The socio-political left leaning activists reeling under tremendous pressure of losing grip and ground , are rightly on their side.

But the protests have only been met with a counter narrative of the most sinister kind , so shamelessly and callously created by the saviours of the Hindus. Gone are the days of sympathy or Empathy, today it is us versus them and the divide keeps widening.

The government initially relies on the phenomenon of fatigue to come into play to help it get rid of the irritant, but since there is no such sign visible , it expects the protesters to accept defeat.

The same phenomenon was witnessed during the Mayawati and Akhilesh Yadav regimes in U.P.

Mayawati shifted the venue of all such protests to a God forsaken place called-  Jhoolay lal park , on the banks of Gomti river. The activists sitting there on fast and dharma were out of the public eye. Nobody saw and nobody cared. No official came to ask for the memorandum of demands as has been the practice for sixty years after independence. The Satyagrahis quietly ended their fast and retreated.

The Akhilesh Yadav government  allowed the Dharnas at the old venue of Gandhi park in the heart of the city. An activist friend along with a small crowd with banners sat on a hunger strike to the protests send unnoticed by the general public. People went about doing their daily work or indulging in their favourite entertainment ignoring the man sitting hungry for their cause . Again no official would turn up and ask for the memorandum to be forwarded to the Govt. ! The Satyagrah ended in a damp squib .

Silencing the voice of protest or suppressing the expression of dissent by way of a peaceful protest , may provide  a temporary solution to the Government but the angst against injustice keeps simmering underneath. You can not kill  an entire Community’s self respect and pride. You can only force it to think of a new course or invent a  novel strategy to fight the brute forces of Injustice.

History has shown that state terror, oppression  and  trampling upon human dignity do not pave way to the achievement of the desired goal.On the contrary these measures dig a deep gulf which eventually swallows the digger.

All said and done , the worst fallout of the terror unleashed by this government , combined with constant proliferation of lies , perpetration of false propaganda and a concocted narrative , now threaten to destroy the sanity of the Hindu community.The cracks are already visible and these can be repaired only if there is a divine intervention that opens our eyes.

Hindus should be more worried about the destruction of their own inherent nature which is steeped in a faith that transcends the boundaries of religious dogma and cult culture. Who would be there to give a call for this most needed Satyagrah for the revival of core Hindu values ? 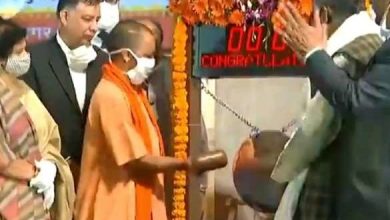 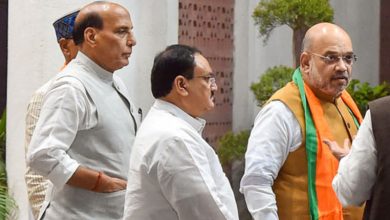 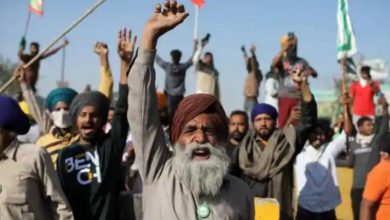 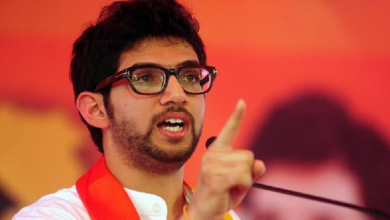